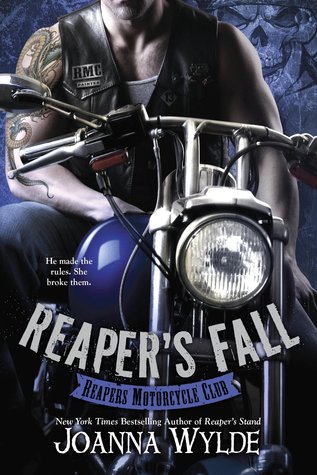 
Read an Excerpt of

“You’re not going back to the party.”

She cocked her head, and I saw the confusion in her alcohol- glazed eyes as she wrinkled her nose at me. All cute, like a rabbit.

“You look like an ax murder,” she said, frowning. “And I thought London was looking for me. Aren’t we going the wrong way?”

“I lied. I do that a lot,” I told her, staring at her lips. I reached out, catching her chin in my hand, running my thumb across her lips. Our eyes locked, and I don’t know if her pulse started to rise but mine sure as f*ck did. What the hell had I been thinking, writing to this girl? She was so pretty and perfect and had this amazing, magical life just waiting for her and all I could think about was dragging her down into the dirt and shoving my cock into every hole she had.

She’d scream while I did it, too, the same sweet screams that played in my head every night while I jacked off.

“Why did you lie?” she asked, her voice a whisper.

“To get you away from Taz. It’s not safe with him.”

Mel’s forehead creased in confusion, her brain moving so slowly I could practically see the wheels turning behind her eyes. She might be smart as f*ck most of the time, but she’d transitioned to drunker than f*ck tonight. Kit. Kit and Em. They’d done this to her.

I leaned in closer, catching her scent. For an instant I swayed, so tempted . . .

“They told me all about you,” she whispered.

“The other girls. Kit, Em. Jessica. I know how you operate,” she continued. One of her hands rose, touching my chest. Fire burst through me, because if I’d wanted her before I was desperate for her now. She was so soft, so sweet . . . so perfect.

Then her words sank in.

“What did you just say?”

“They told me all about you,” she said, eyes dropping to stare at my lips. “They told me you have a Madonna-whore complex.” I froze.

“A Madonna-whore complex,” she repeated, her voice earnest. “You like to screw dirty girls and you put clean girls on pedestals, where they can stay perfect and pure. That’s pretty messed up, Painter. There’s no such thing as Madonnas and whores. We’re all just people.”

The words stunned me. What the hell was she talking about? Just because I didn’t want her dragged down in the drama and bullshit of this life didn’t mean I had some sort of f*cking complex. And who the hell were the Hayes sisters to have an opinion? I couldn’t tell what pissed me off more—the fact that they’d talked to Mel about me or that they hadn’t done a better job of scaring her off.

She wasn’t supposed to be here.

“Kit and Em are crazy, and that friend of yours—Jessica? She’s like a car crash. You don’t belong here, Mel.”

“And where do I belong?”

“With some nice kid who’ll treat you like a queen and work his ass off to give you everything perfect for the rest of your life.” The words were practically a growl.

“What if I don’t want perfect?”

“Too f*cking bad, because that’s what you’re getting.”

Joanna Wylde is a New York Times bestselling author and creator of the Reapers Motorcycle Club series. She currently lives in Idaho.