Thank you for the advanced copy of HOOKER by Brooke Blaine.  All opinions are my own. 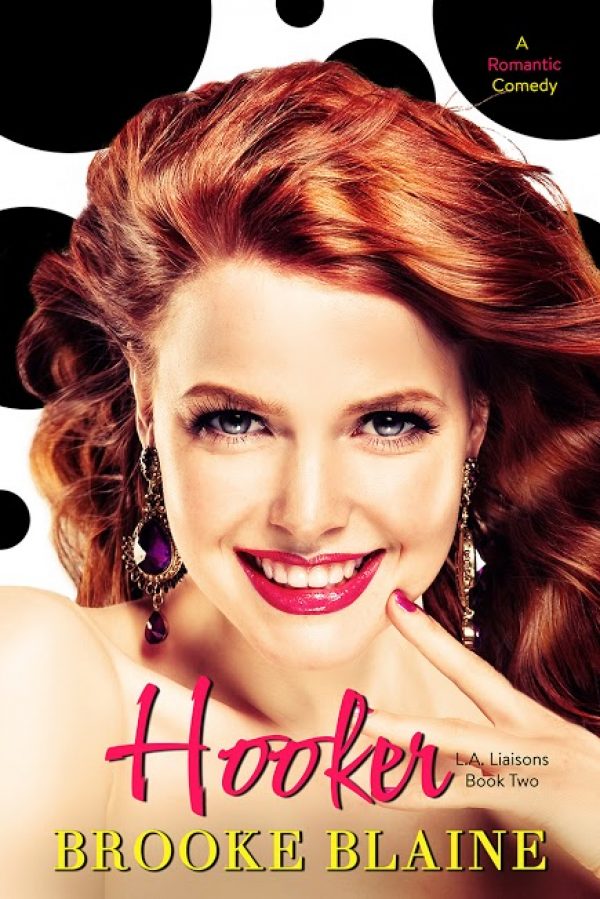 Whoever said singles were missing out by not finding true love and getting married before the age of thirty had never experienced the sheer pleasure of nightly romantic comedy viewings in their underwear while eating one of Licked’s famous Crazy Cat Lady sundaes. Because life just doesn’t get better than that.

At least, it doesn’t for Shayne Callahan. It didn’t take more than a handful of broken hearts after college to solidify that she was better at pairing up those around her than herself. As a matchmaker at the elite HLS—Hook, Line, & Sinker Matchmaking Company—in the City of Angels, she has a knack for finding the other halves of even the most eccentric clients:

Sugar daddy with a foot fetish? Gross, but no problem.A severe case of nudophobia? Match made before lunch.

But even the most happily independent of women can find their best-laid plans screeching to a halt when they meet that guy. For Shayne, that guy comes in the form of boyishly handsome, suspender-lovin’, dimple-poppin’ Nate Ryan on a pantsless (we’ll get to that later) Metro ride.

Of course, relationships can never be easy. Before the destined lovers can ride off into the sunset, they must overcome a power-hungry and sexual-punning boss, a celebrity scandal and cover-up, and let’s not forget Shayne’s dreadful foot-in-mouth disease—with which there can never be a happily ever after.

Will fate throw Shayne a freakin’ bone? Or will she be destined to live out her life as sexy(ish), single(ish), and L.A.’s finest Hooker (upper)?

The fabulous foursome from Licked are back for the second book of the L.A. Liaisons series. Hooker follows Shayne and her quest for love in Los Angeles. She’s a professional matchmaker, so it is truly ironic that she can’t seem to find the right guy–until she meets Nate, that is.

Shayne is quirky, adorably clumsy, and babbles nonsense when she is nervous. She is also strong, independent, and a bit on the nerdy side.

Nate is a grad student and a few years younger than Shayne. They make a great couple, and I loved their witty and sarcastic banter. Nate is so sweet and totally swoony.

Of course, the relationship isn’t all smooth sailing. Shayne gets herself into a conundrum with work, and Nate, unfortunately, gets caught in the middle. This made me feel a little emotional in parts, but the ending totally made up for it and left me with a smile on my face.

I love everything about this series. The characters, the writing, and the stories all come together and make a perfect romantic comedy.

I liked Ryleigh’s story in Licked a little bit more than Shayne’s story, but I still enjoyed Hooker immensely. Paige’s story is up next, and I can’t wait to see what kind of hijinks that will bring!

Nate nodded toward my legs. “Your pants are making me hungry.”

Aaaand that was the point where I stopped breathing. Except to say, “What?”

His eyes trailed down my body and rested on my thighs. Self-conscious, I looked down, almost sighing with relief when I realized my lower half was indeed covered this time, but that feeling went away pretty f*cking fast when I saw the ice cream cones on my pajama pants practically flinging themselves at him.

Yes, I’d gone out in public in pajamas, so sue me. I hadn’t counted on running into…well, anybody.

“Oh. Oh yeah, um…I like ice cream,” I mumbled. “Especially from Licked, my friend Ryleigh’s store, although I have to say, her boozy shakes are unreal, especially the Make Me Quake Shake, which has these amazing pieces of those Ferrero Rocher balls in them, and they just give it the perfect amount of crunch so that you—” I stopped and took a breath when I noticed his grin getting wider. I swallowed and then said, “Not that I go there all the time or anything. Because I don’t. I mean, I’ve only been once or twice. You know…to taste test. Actually, I never eat sweets.”

He laughed then, and those penetrating eyes tinged with more green than brown today, made their way up my body once more, pausing with what looked like amusement at my full hands. Then his gaze was on me and those dimples were out in full force.

“That’s too bad,” he said. “I’ve got a helluva sweet tooth.”
Wait…was he flirting with me? Was that a come-on? Or just stating a fact?

“Yeah, well, in that case, your dentist probably hates you,” I said, readjusting the cold-ass meals in my arms. I’d be damned if I let those suckers go now. I’d tied my jacket around my waist, and my thin tank top would reveal a tit-bit more than I needed him to see.

He chuckled at that. Hmm. He had a nice chuckle. And a husky laugh. Both of which made my eyes zoom in on his throat. I wondered if it was as warm as it looked. He must’ve caught me staring, because he coughed, bringing my attention back to his face. His eyes were twinkling something wicked.

“You might be right about that,” he said. “Maybe I don’t like people telling me what to do. Or dictating what I can and can’t put in my mouth.”

My mouth dropped open, but I quickly snapped it shut. This guy was obviously a charmer, and after dealing with guys like him all day, the last thing I would do was fall prey to another arrogant playboy. Nope. Not me. Not gonna happen.

You could say Brooke Blaine was a book-a-holic from the time she knew how to read; she used to tell her mother that curling up with one at 4 a.m. before elementary school was her ‘quiet time.' Not much has changed except for the espresso I.V. pump she now carries around and the size of her onesie pajamas.

If you'd like to get in touch with her, she's easy to find - just keep an ear out for the Rick Astley ringtone that's dominated her cell phone for ten years. 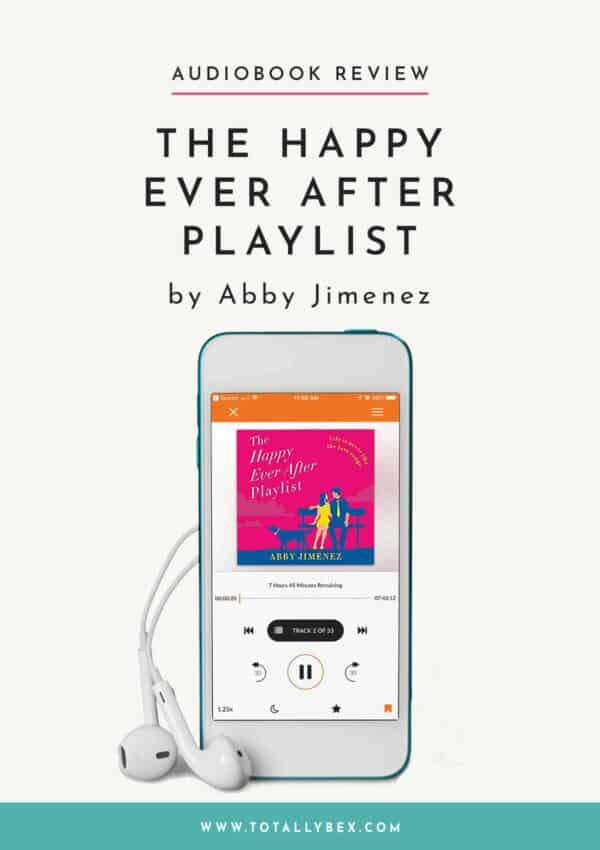 The Happy Ever After Playlist by Abby Jimenez – Audiobook Review 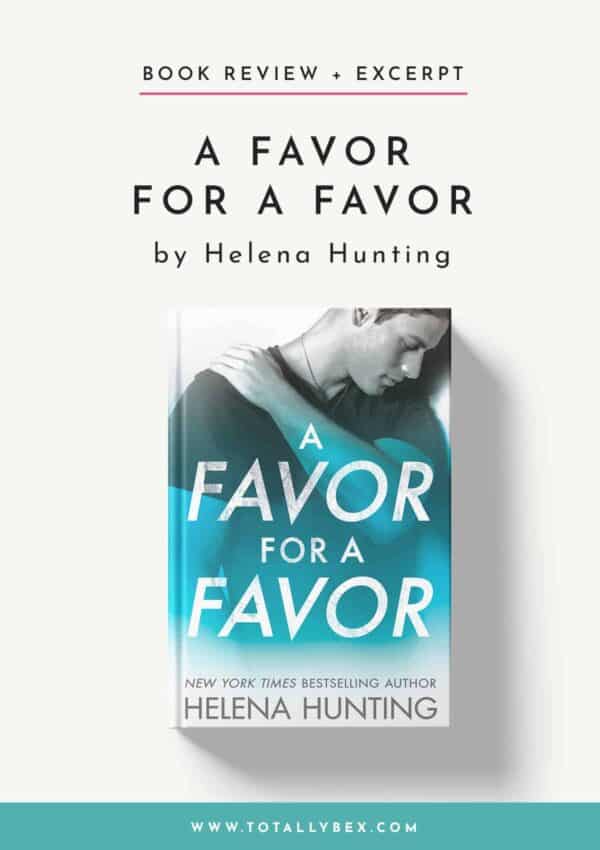 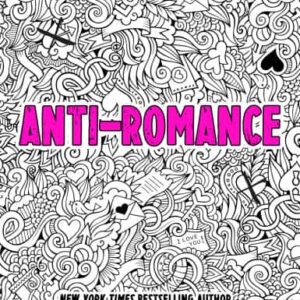