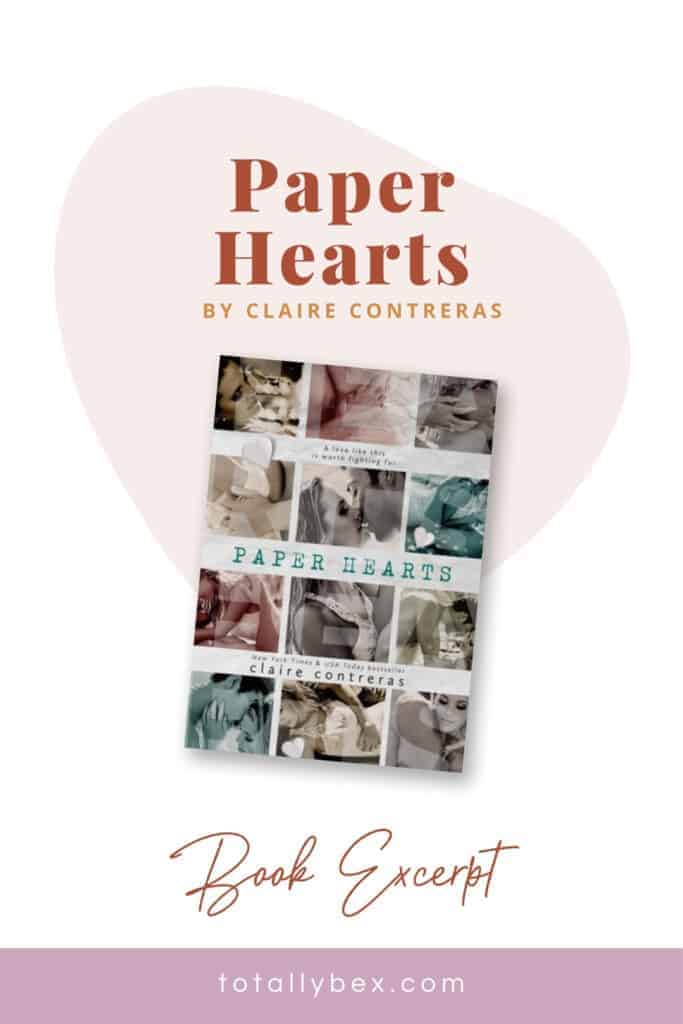 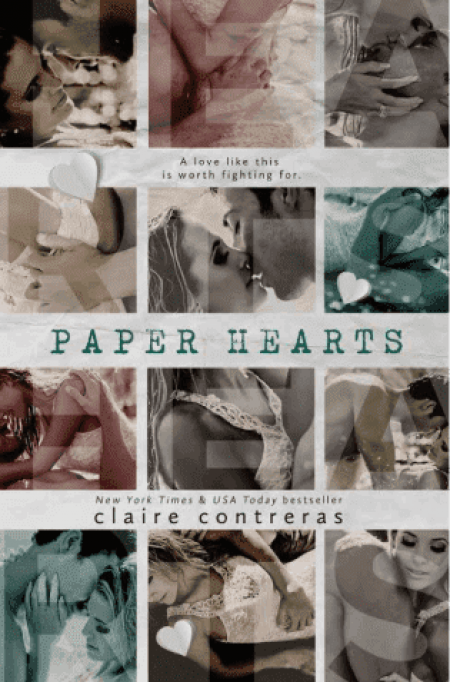 I lost her. No, I didn’t lose her. I threw her away. She was my best friend. I was never supposed to fall in love with her. I was careless. She was heartbroken. I thought I was doing fine. But here she is, years later, forced to work with me, reminding me why I fell in love with her in the first place. And this time I’m going to do everything in my power to never let her go. 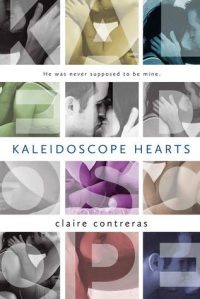 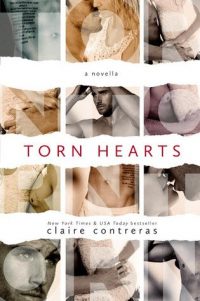 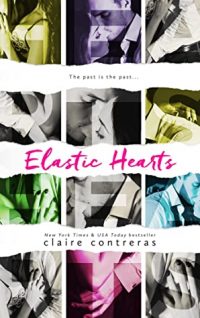 I don’t take ownership in a lot of things. I rent an apartment, lease a car, and go to a no-contract gym. I have a wandering heart—an incessant mind. It’s hard for me to look at something and see forever; though I had a forever once.

I let her go, not because I loved her too much to ask her to stay, but because I couldn’t bear to hear her tell me she wouldn’t. Still, every once in a while I wonder.

And nothing is more haunting than regret.

I used to wonder what I would do if I had the chance to go back in time and right something. Would I take it? Would I look at it as a second opportunity, or would I just let it go, knowing the experiences I went through and learned from?

Discomfort spread through me as I walked into the building of my new, albeit temporary, job. The feeling stayed there, stuck to the lining inside of my uneasy stomach, echoing its way into my mind until I reached the twentieth floor of the building. As I exited the elevator and stepped into the lobby of the magazine, a smiling brunette, who was sorting through a colorful cup of pens, greeted me. Something about her—maybe her fidgetiness, the Lisa Loeb look she had going, or the welcoming smile on her face—made me breathe a little easier.

“How can I help you?” she asked in a singsong voice as she swiveled slightly in her chair.

The girl smiled and gave me a quick once-over. “Cool. I’m Katie. Let me make sure she’s in. Take a seat.”

I let out a breath as I placed my bag on the floor and sat across from her in a sleek white chair, taking in the vast space filled with photographs shot by people whose work I admired. In an effort to calm my nerves, I picked up one of the magazines beside me and leafed through it, and even went as far as to try to channel my inner zen, remembering what an incredible yoga session I’d had earlier that morning. But nothing worked. That sticky feeling of what did I get myself into? could not be soothed.

It felt like the time I let my twin brother talk me into letting him cut my hair so that we could “really be twins,” and I ended up looking like Peter Pan for two months while my mother cried into her pillow every night. I fished out my phone and contemplated sending him a text. Rob had always been the brave twin, with words of wisdom to get me through these times. But, I’d dug my grave, and now I had to lie in it.

When I ran into my favorite college professor months ago, a local magazine had just published some of my pictures for a special they were circulating. The accomplishment I felt at telling her this dwindled when she asked the dreaded words: what next? But then she offered me the opportunity of a lifetime: to take pictures for a huge magazine, one I probably wouldn’t have had an opportunity to work for had my professor’s sister not been the person in charge of the project. The catch, of course, unbeknownst to my professor or her sister, was that my ex-boyfriend, The Dream Crusher, wrote for the same magazine. But I’d have been an idiot to turn it down. Regardless of where I worked after this, to have this experience on my resume would be incredible.

“She just got here,” Katie said, jerking me out of my thoughts. I stood quickly, hitching my bag on my shoulder as the glass door to my right opened and a tall woman with an uncanny resemblance to my professor—wild red hair and bright green eyes—walked through it.
I laughed when she winked at me. After she hired me for this job, we started following each other on any social media that allowed for stalking.

“Social media will do that,” she responded with a laugh as she turned on her heels. “Let me show you around.”

If Fran were a car, she’d be in fourth gear at all times. By the time she finished showing me around the place and we got back to her office, my legs felt like they were on fire. I wasn’t sure if it was because of the heels I was wearing, or because I had to take four strides to her two. Being short could be a bit of a curse.

“We already got the clearance from W Magazine and are keeping the title ‘What Would You Do With Your Second Chance?’ I’m sure they told you already,” she said as we each took a seat.

They hadn’t told me anything. Not that it mattered. I’d taken pictures for an article with a similar name, but it was for a small, local magazine, nothing of this stature.

“I hope your friends don’t mind that we’re stealing their limelight,” Fran added with a smile. She’d become completely fascinated by the fact that the couple on the cover of the magazine, my best friend and her now-husband, was a second chance love story.

“They definitely don’t mind,” I replied with a laugh. “They wanted to kill me when they saw the magazine in our grocery stores, so replacing it will be a good thing.”

She laughed. “Were they uneasy because they weren’t an official couple yet?”

“Basically. Her brother wanted to kill Oliver … the guy,” I paused to clarify before continuing, “when he found out about the whole thing.”

“But it’s so romantic,” Fran said, letting out a deep sigh.

“One of what girls?”

“The ones who are all ‘I don’t need a man’ and ‘I hate romance.’” She rolled her eyes, but I could tell she was biting back a smile as she said it.
I shrugged. “I’m not any kind of girl. I don’t need a man, but I don’t hate romance. I think I’m kind of obsessed with romance, really, which is probably why I’m still single.”

Fran laughed loudly. “Funny how that works, right? I’ll tell you what, had it not been for Match, I would have never met mine. I’m sure you don’t need any help finding a guy, though.” She waved the length of my torso as if she was presenting me to someone as some kind of trophy.

Fran nodded in sympathy. “Yep. I’ve been there. But alas, you’ll find the one. You’re young, adorable, funny, talented, and smart. Hell of a combination.”

I smiled and looked away. “One day.”

“Anywho, enough about boys. Let’s talk about work. As I stated in the email, you’ll be taking your headshots today. You don’t need to come into the office every day, but feel free to use our facility for anything you need. I sent you the contact information for the couples you’ll be shooting so that you can schedule their test shots first, and after that, we’ll let you know who we narrowed it down to. We only want to select four couples to feature: two young, and two older. They all have different stories, anyway, so that’ll be fine.”

She paused for a breath as I nodded, taking mental notes. “And … oh yeah, here are the names of the writers working on the special. Carlos and Deborah are regular staff; the other two are freelance but work with us often. I wrote down their emails and will send them yours now so they can contact you. Sometimes they like to go along for the shoots and do their interviews there.”

My eyes scrolled down the list as I nodded. I stalled when I saw his name. Just words on a page, but they made my heart flip once, twice, and finally, nestle its way into the pit of my stomach. I was prepared for this.

“You should meet us for drinks on Wednesday,” Fran said, pulling me out of my thoughts. I was so not prepared for this.

“So I only see them on days that I shoot?” I asked, waving the paper slightly.

“Well, that only happens if they want to interview the people in their element. Otherwise, we only see each other during meetings, and we don’t have many. We’ll be having one this Wednesday over drinks, though, and then again to layout the final plans.”

I swallowed loudly and nodded. “Okay.”

“It would be great for you to come on Wednesday and meet them,” she said again. I felt like I was on a downward spiral, moving here, knowing this job would mean I would be insanely close to him, secretly hoping that I was while reminding myself of the reasons I’d avoided him in the first place. I took a breath and braced myself for the inevitable fall. 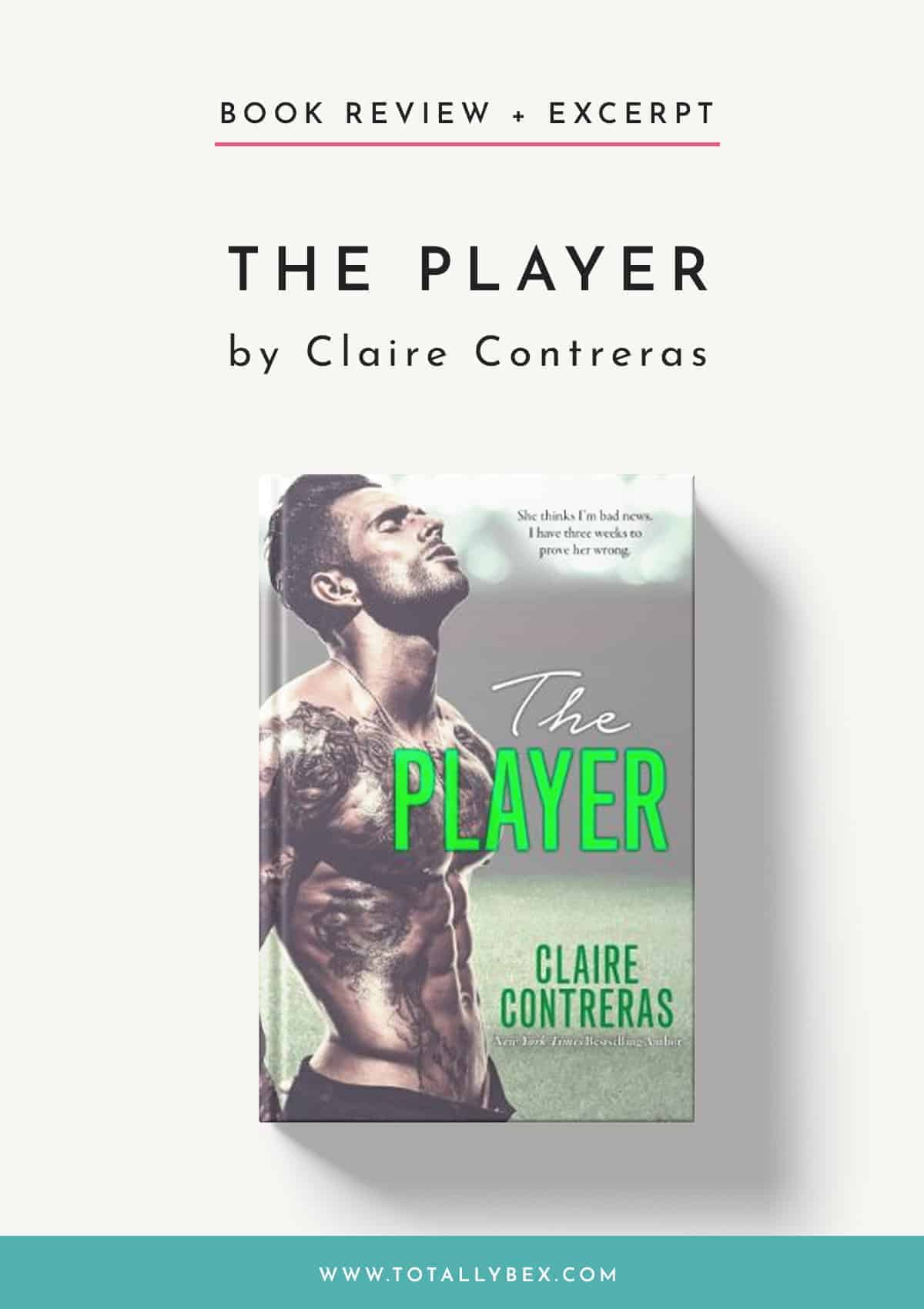 Claire Contreras graduated with her BA in Psychology from Florida International University. She lives in Miami, Florida with her husband, two little boys, and three dogs.

Her favorite past times are: daydreaming, writing, and reading.

She has been described as a random, sarcastic, crazy girl with no filter.

Life is short, and it’s more bitter than sweet, so she tries to smile as often as her face allows. She enjoys stories with happy endings, because life is full of way too many unhappy ones.