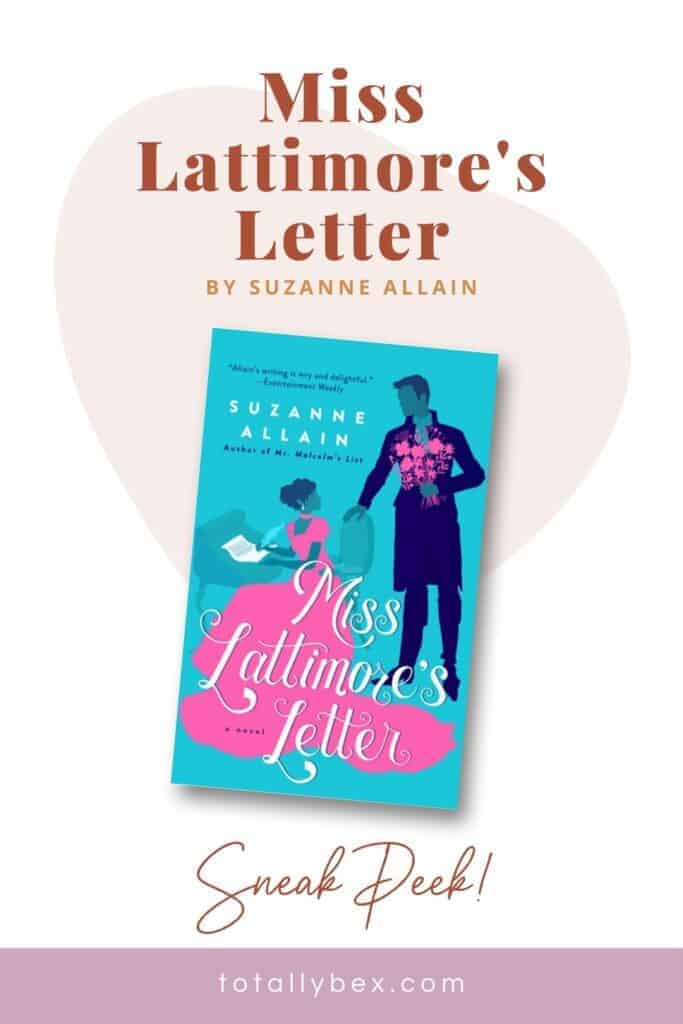 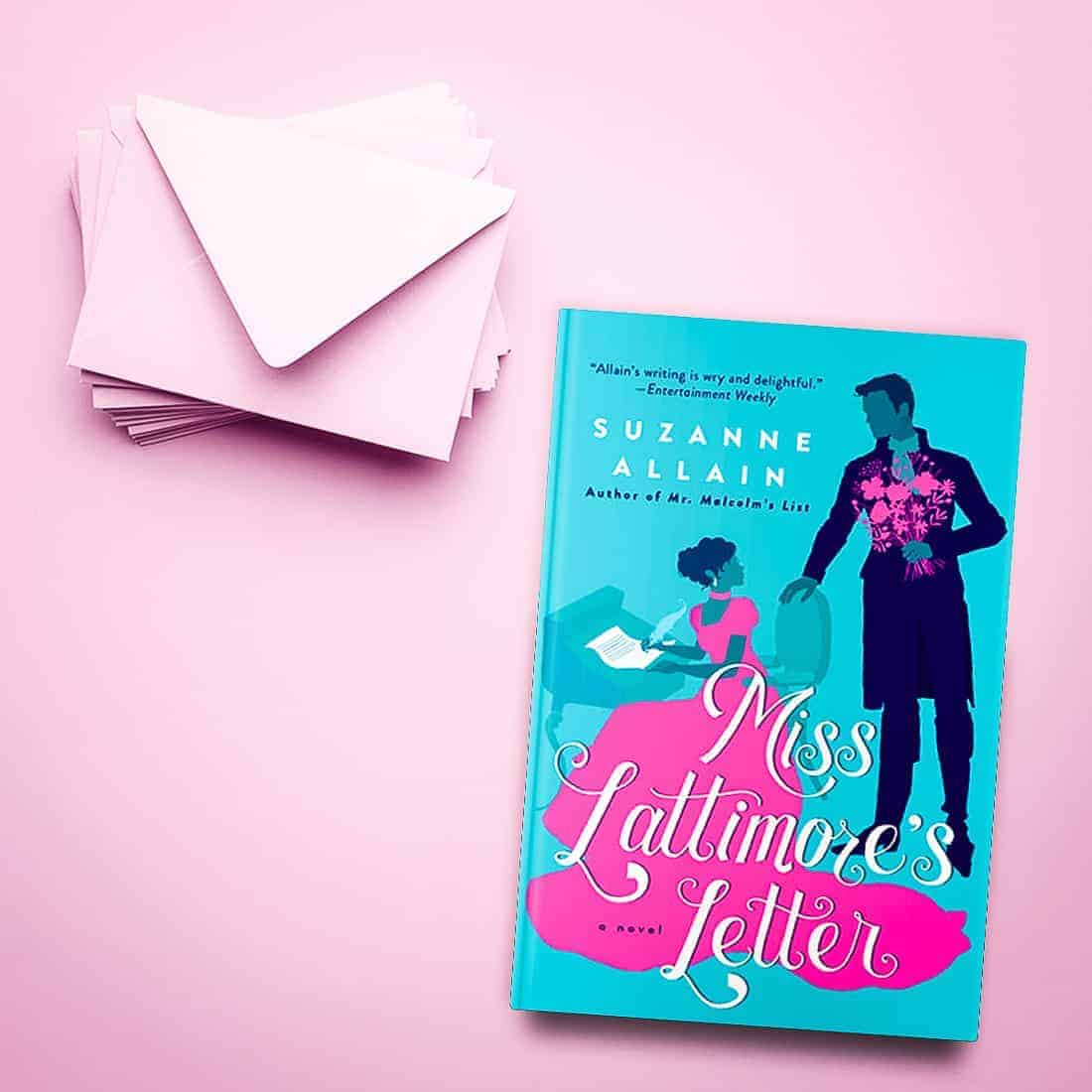 Enjoy this exclusive sneak peek into Miss Lattimore’s Letter by Suzanne Allain and be sure to grab a copy!  It’s out now and available everywhere.

Sophie and Lady Mary finally made it to the pump, and as they waited for the attendant to hand them a glass of water Sophie became conscious of someone’s eyes upon her. Looking around, she saw Sir Edmund barely ten feet away, and her face lit up in response.

Sir Edmund was frowning slightly, but when he saw her pleased reaction, his expression cleared and he came forward, bowing to her. He bowed to Lady Mary as well, who smiled and murmured a greeting, but as the attendant handed Lady Mary her glass of water almost immediately after this interaction, there was no opportunity for further speech. While Lady Mary was distracted, Sophie seized the opportunity to step away from her and closer to Sir Edmund. As Sophie’s place was immediately taken by an acquaintance of Lady Mary, who began speaking with her, Sophie congratulated herself that she would not even be missed.

She wondered if Sir Edmund thought she hadn’t wished to speak to him at the assembly the previous evening; his expression when he had seen her there seemed much cooler than usual (and she was sure, after much reflection during a wakeful night, that he had seen her) and her disappointment at giving him a mistaken impression was almost as great as her agitation at seeing Mr. Maitland again after so many years. So she was determined to make Sir Edmund understand she remained his friend. If that, indeed, was what he intended her to be.

“Sir Edmund! I saw you at the assembly last night but I had no opportunity to speak to you—”

“Yes, you were engaged at the time. In a dance, I mean,” he said, a little jerkily. He seemed as nervous and uncomfortable as she.

“Your youth, Miss Lattimore?” he asked, his expression relaxing a little. “Perhaps you mean your childhood. You are obviously still in your youth.”

He used this as an excuse to examine her face closely, and she lowered her eyes to avoid looking into his own, as she found it difficult to think when she did so. “I am eight-and-twenty,” she said, as if contradicting his assumption that she was young, though she could not understand why she did so. She wondered, not for the first time, why she automatically thwarted any flirtatious overtures. It was almost as if she didn’t feel she was worthy of such attention.

“Elderly, indeed. Just two years younger than my advanced age,” he said, and she was pleased to finally learn how old he was.

“Perhaps we should both drink the water,” Sophie suggested playfully. “It is reputed to be a fountain of youth.”

They had been walking as they talked and had wandered a good distance away from the pump, a realization Sir Edmund came to after Sophie’s comment. “My apologies, Miss Lattimore, I prevented you from taking the waters and have separated you from your companions. Shall I return you to them?”

He began peering over the crowd, and Sophie assumed he was searching for Lady Mary or the Fosters.

“Oh, no! Please, I’d much rather remain with you,” she said, far more enthusiastically than was perhaps wise. She could feel her cheeks growing warm, and hurriedly changed the subject. “Are you to stay in Bath, Sir Edmund? Or are you here for a short visit?”

“My plans are not fixed as of yet,” he said, in a tone and with a glance at her that suggested she might have a bearing on them. Or so she hoped. But then she recalled his purpose in being there was to meet prospective brides and told herself yet again that she must view him as a friend and nothing more.

“Have you been able to widen your circle of female acquaintances since coming to Bath?” Sophie asked.

“I was introduced to Lady Smallpeace and Lady Mary and danced with Miss Foster. You were engaged, if you recall.”

“But you are already acquainted with me and my cousin. You are supposed to look about you for other eligible ladies.”

“If you are finally offering to act as a matchmake for me, I believe it is your job to find the lady,” Sir Edmund said, but he was obviously joking.

“I see you will never bring the thing off if left to your own devices. I may have no choice but to take a hand in the matter.” Sophie briefly scanned the room and saw a group of young ladies peering interestedly in Sir Edmund’s direction while whispering behind their fans and giggling. “I think a mature lady would be a better choice, not a girl who has only just left the schoolroom and put up her hair. Do you have any objection to a widow?” Sophie asked.

“Such as Lady Smallpeace, perchance?”

Sophie laughed. “I am not certain she would entertain your suit, Sir Edmund. No, it should be someone who is neither a child nor a sixty-year-old dowager.”

“In other words, someone about your age,” he said, and Sophie looked suspiciously at him, wondering if she was meant to read anything into his remark. His face gave nothing away, however, and before she could respond she heard her name being called.

Other books by Suzanne Allain: 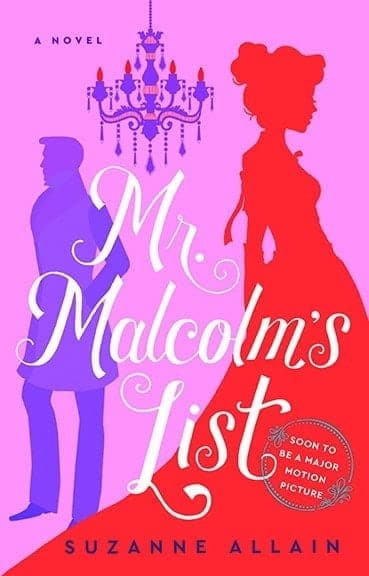 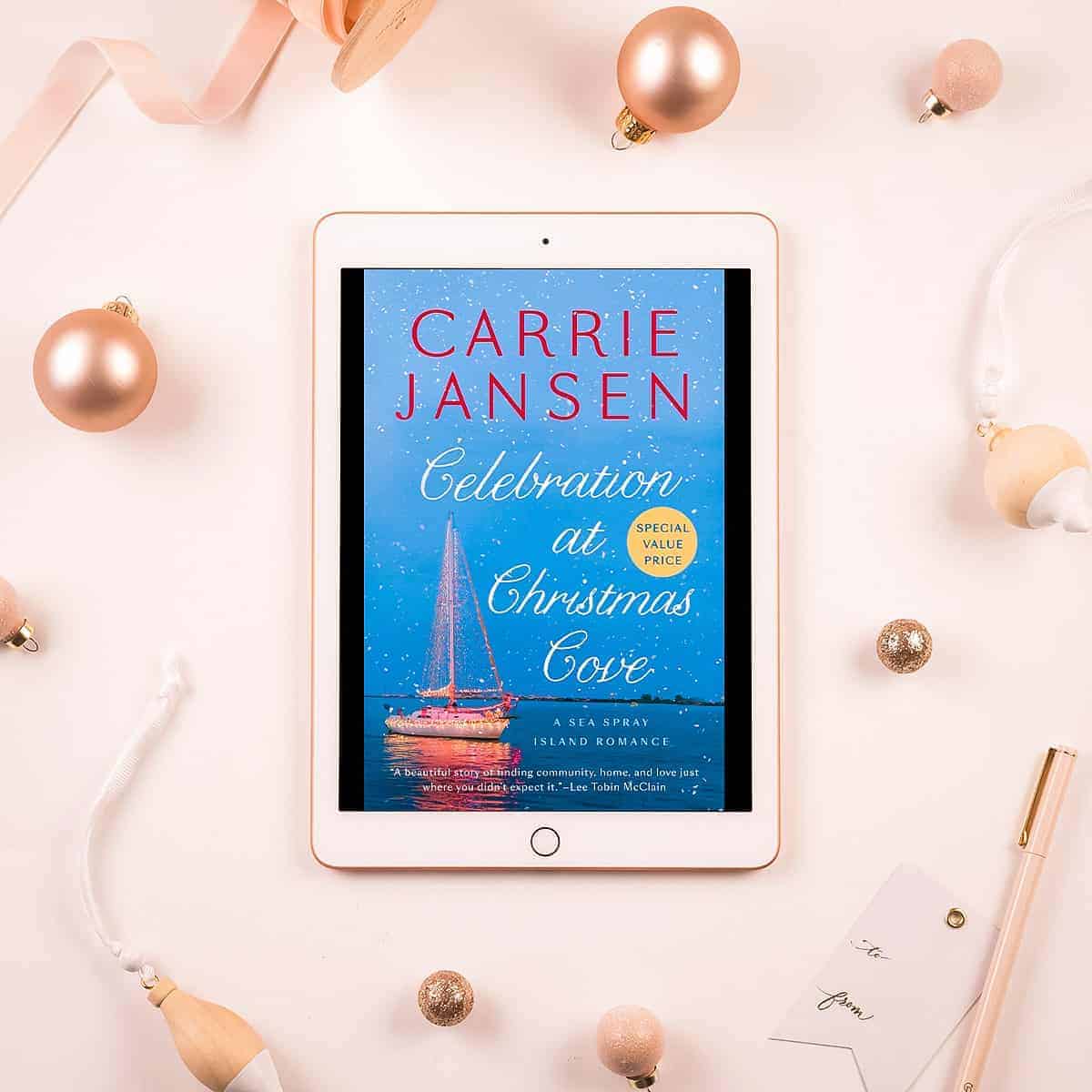 Enjoy a Snippet of Celebration at Christmas Cove by Carrie Jansen! 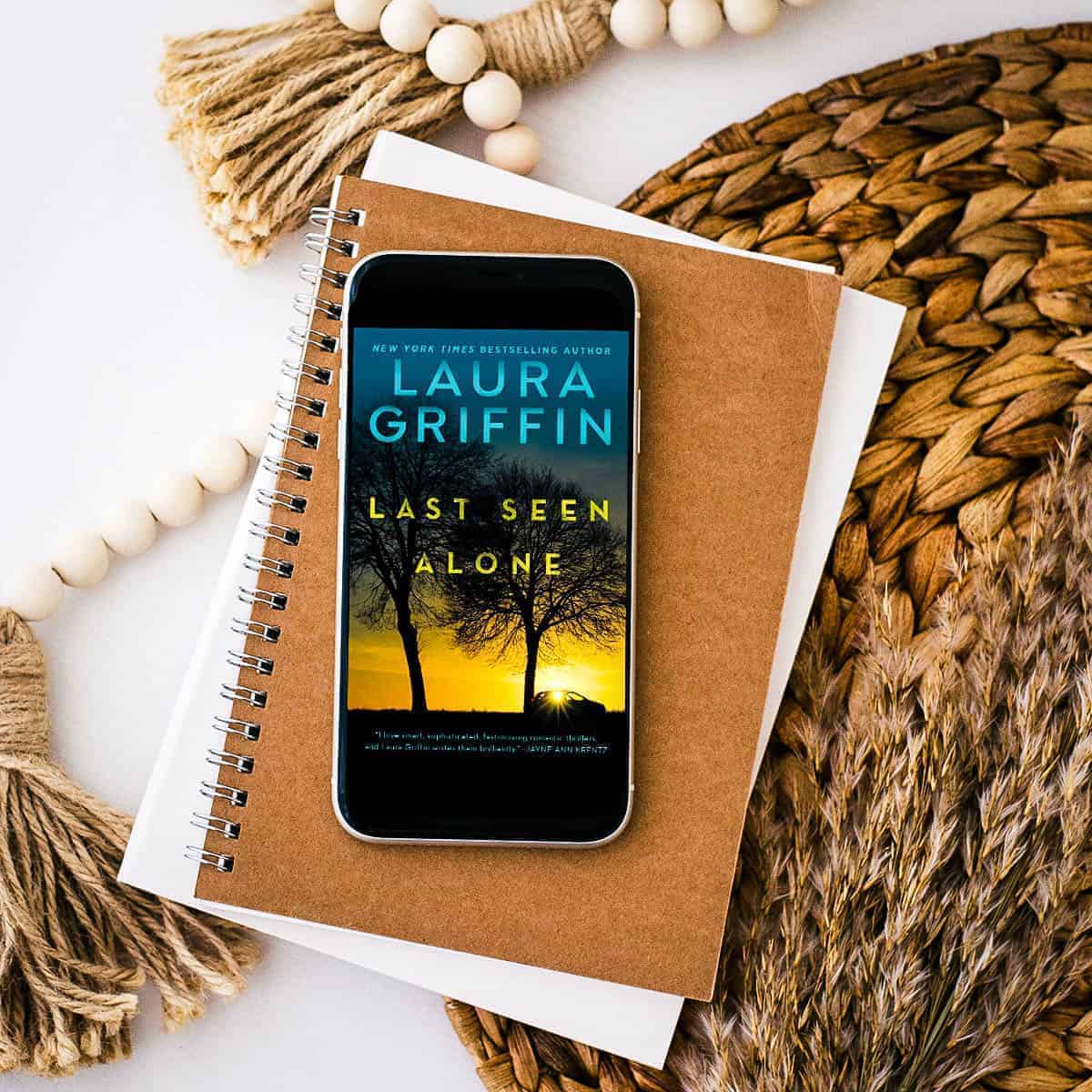 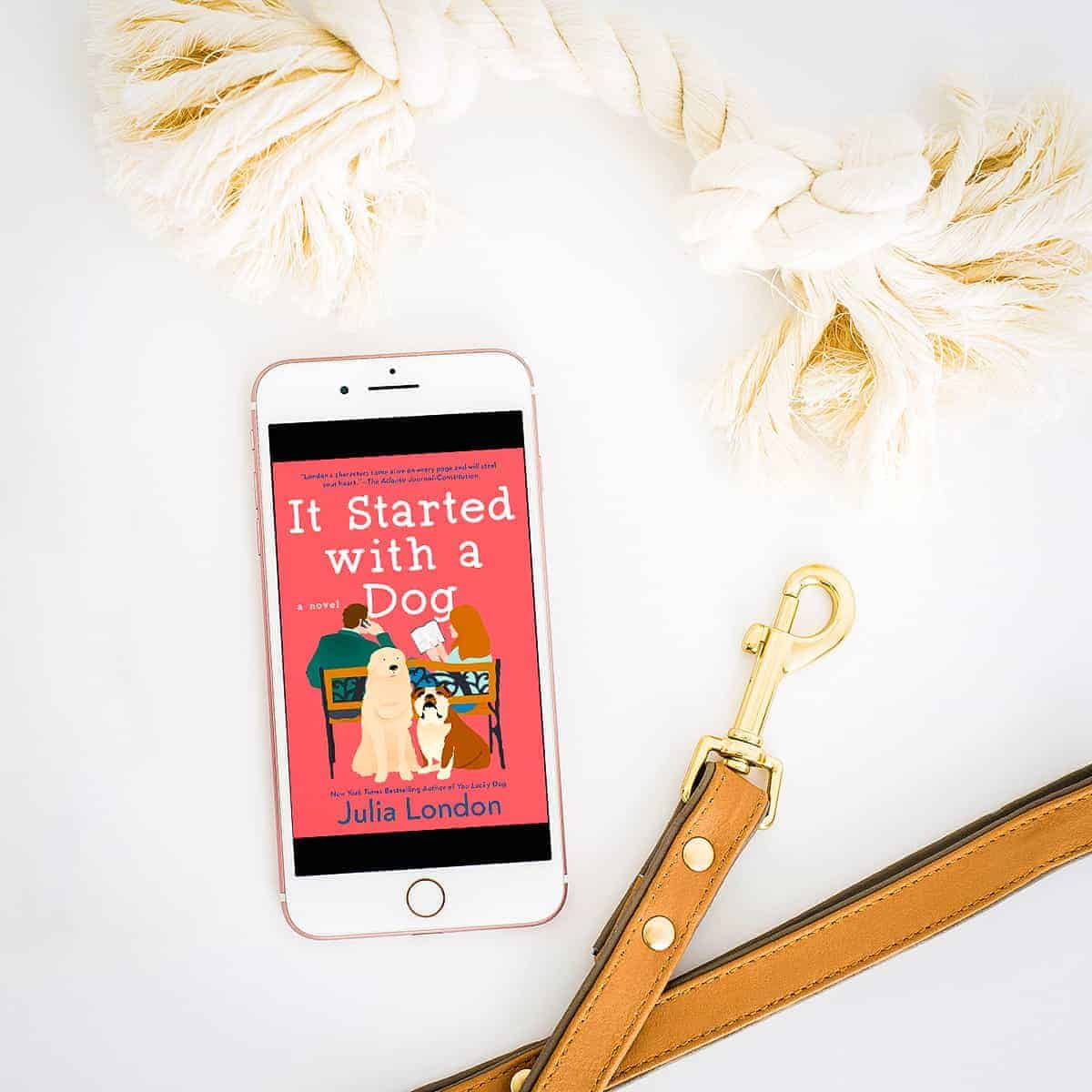 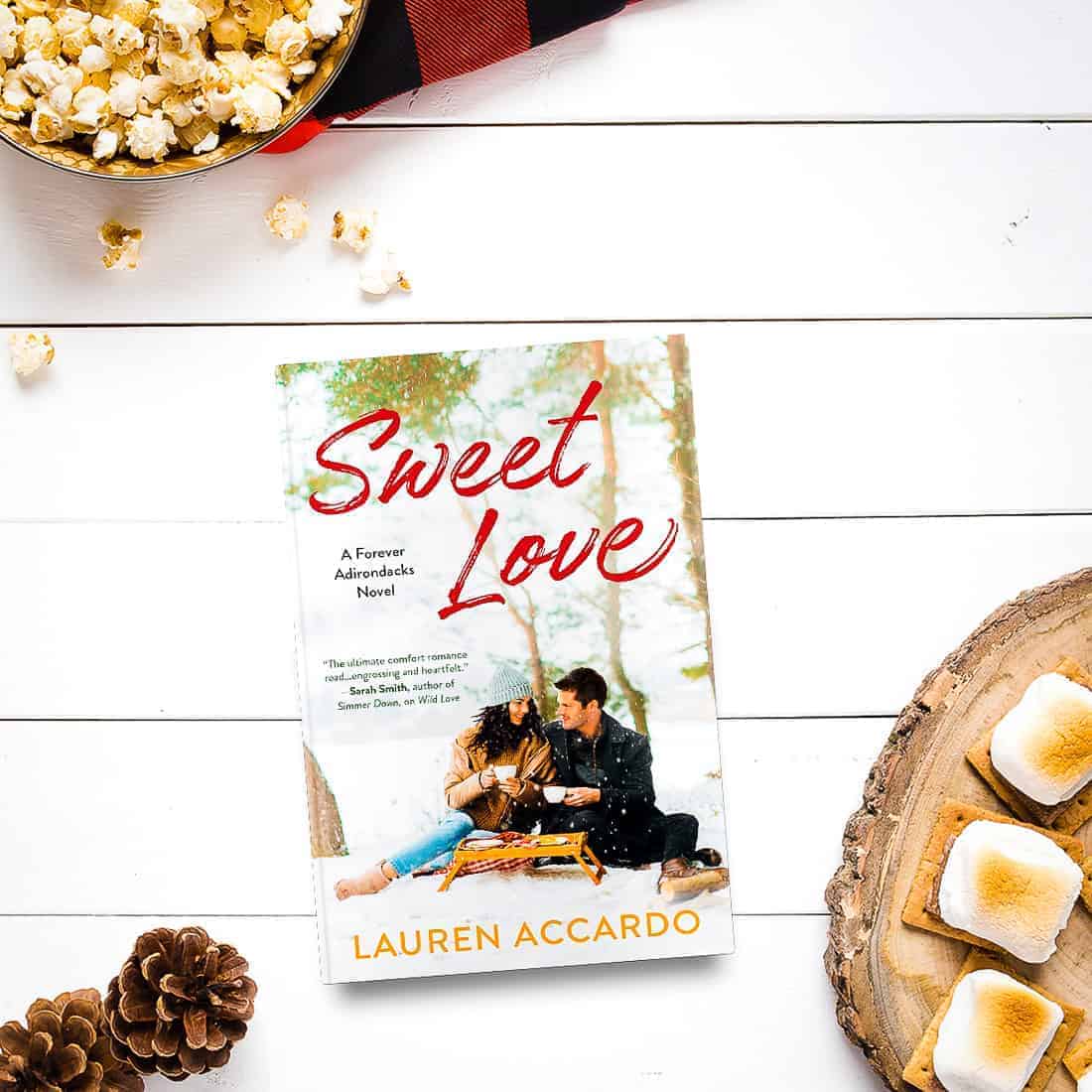 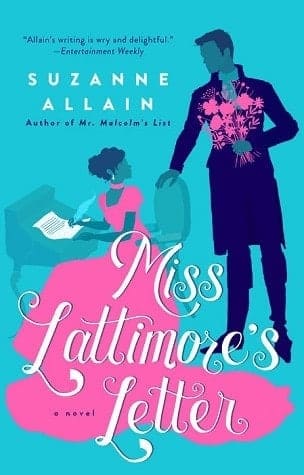