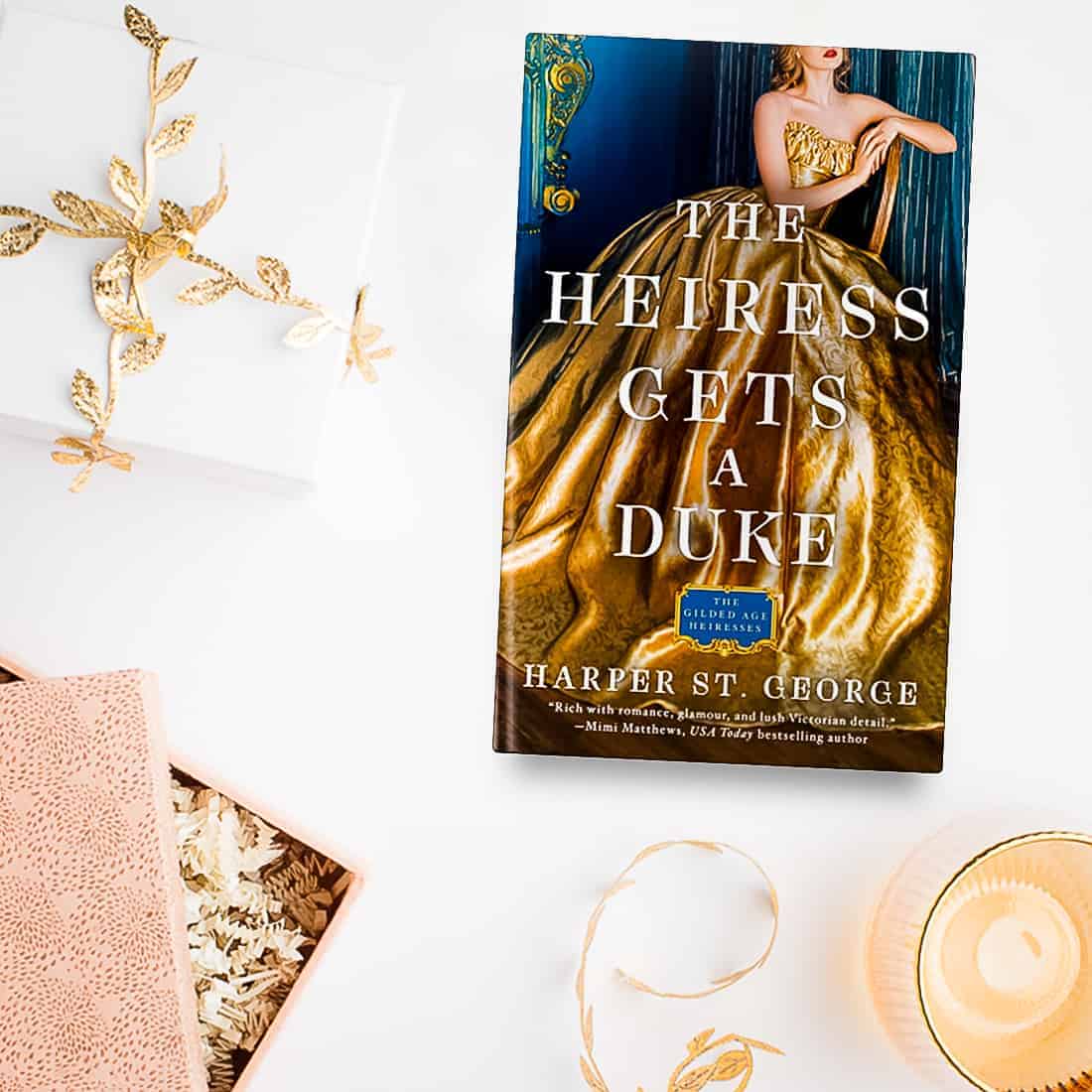 Even a fortune forged in railroads and steel can’t buy entrance into the upper echelons of Victorian high society—for that you need a marriage of convenience.

American heiress August Crenshaw has aspirations. But unlike her peers, it isn’t some stuffy British Lord she wants wrapped around her finger—it’s Crenshaw Iron Works, the family business. When it’s clear that August’s outrageously progressive ways render her unsuitible for a respectable match, her parents offer up her younger sister to the highest entitled bidder instead. This simply will not do. August refuses to leave her sister to the mercy of a loveless marriage.

Evan Sterling, the Duke of Rothschild, has no intention of walking away from the marriage. He’s recently inherited the title only to find his coffers empty, and with countless lives depending on him, he can’t walk away from the fortune a Crenshaw heiress would bring him. But after meeting her fiery sister, he realizes Violet isn’t the heiress he wants. He wants August, and he always gets what he wants.

But August won’t go peacefully to her fate. She decides to show Rothschild that she’s no typical London wallflower. Little does she realize that every stunt she pulls to make him call off the wedding only makes him like her even more. 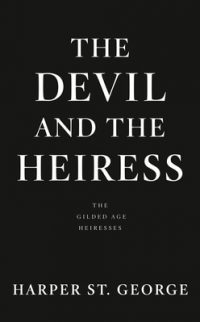 The Heiress Gets a Duke

Thank you for the advanced copy of THE HEIRESS GETS A DUKE by Harper St. George.  All opinions are my own.

Let’s start with that gorgeous cover and intriguing blurb, shall we?  They were what initially attracted me to this book, after all.  However, once I dove into the story, I was immediately pulled into Victorian England, where a headstrong American woman meets her match with the enigmatic Duke of Rothschild.

The Heiress Gets a Duke is a bit of a twist on the usual historical romance tropes because August is an American woman in a man’s world, conforming to British rules—but is still subject to being ‘sold off’ to a titled husband in need of a cash infusion.

August knows what she wants, she’s intelligent and good with numbers, and she doesn’t want to give up her dreams in the business world to become a wife.  When a duke is in need of a wife, she takes one for the team and keeps him from marrying her sister.  August’s sacrifice isn’t without major negotiations and filibustering along the way.

Evan Sterling, the unintentional duke, inherited a world of problems from his absentee father.  Not the least of which is a mountain of debt, a mother and sisters dependent upon him, plus the fact that he secretly likes to brawl for extra cash.  The pressure on Evan is enormous, but once he meets August, being forced to marry for financial gain doesn’t seem quite so oppressive and daunting.

The bickering and private liaisons between August and Evan are the best part of this book.  They have electric chemistry, and their verbal sparring is the best kind of foreplay.  August is so fiercely independent that most men would find her too much to handle—which is why Evan is the perfect partner for her. I loved seeing them walk the line between propriety and attraction, fighting it — and each other — all the while.

I really enjoyed this charming and entertaining debut as well as Ms. Harper’s writing style, and I am already looking forward to reading the next book in the series.

“Come to Charrington Manor for a week.”

The corner of his mouth turned upward. “You know that we suit, August.”

She did know. His eyes had softened as they settled on her. She was no more exposed to him than she was to anyone else at this ball, but somehow his gaze saw more. The telltale whisper of butterfly wings moved in her belly. Swallowing, she said, “I will agree to come for a week, if you will agree to withdraw your offer at the conclusion of that week. Tell Papa that you cannot go through with it.”

“Come for a week, and if you still believe that you will hate marriage to me, then I will withdraw my offer.”

She gasped before she could stop herself, hardly able to believe that it could be so simple. Elation made her smile, but he interrupted her premature celebration.

She frowned. Of course, there was a condition. He needed more wealth than Job, so he would not be willing to part with her so easily. “What is it?”

It was a strangely benign request for such a major concession. “What? Here?”

He smiled again, shaking his head. “At Charrington Manor. I get to kiss you when I want to.”

“Absolutely not. I would not put it past you to have us conveniently get caught. Besides, why would you want to kiss a woman who wants absolutely nothing to do with you?”

“You might not want to marry me, but you do enjoy kissing me, whether you admit it to me or not.”

“Fine. You can kiss me once a day at a time and place of my choosing. And that’s it. One kiss only.”

His gaze had settled on her mouth, setting her senses rioting in pleasant agitation. Why did he have to be the one man she desired? It wasn’t fair.

She nodded, feeling more in control than she had since first meeting him. “Good. Then I will come to Charrington Manor.”

Rising on her toes, she took Rothschild by his biceps and kissed his cheek. He stood still, letting her. His arms were so strong and warm under her hands that she did not let him go immediately. “Thank you. I cannot tell you how much I appreciate this.”

His jaw ticked as his gaze lit on her mouth. He was undoubtedly hoping for another kind of kiss from her, but there was no way she was repeating the library incident again. That kiss had gone much further than she had intended, and she still didn’t know how it had happened. She had no faith in her ability to control another one.

“You’re so certain you’ll still reject me,” he said, his voice a soft rasp.

Shrugging out of his coat, she handed it back to him. “It’s not you I am rejecting. I simply do not wish to be married yet. Surely, you can understand that. If not for your financial situation, would you be seeking a wife now?”

“I have years before I plan to marry. My brother is given his freedom to wait; I prefer the same. My life is full with my work for now.”

He appeared thoughtful as he shrugged back into the tailcoat before asking, “Now that we have settled things, can we please stop this pretense of flirting with every man at the ball?”

She smiled. “How do you know about that? You haven’t been here.”

“I arrived over an hour ago. Long enough to see you cavorting with Lord Smith, and Lord Hadley, and Lord Bunting, and Lord Dillingham, and—”

“That’s enough. Yes, I see your point.” She could also see that he was jealous. His eyes had gone all fierce and hooded again, just like they had in the library. It was terrible, but she very much liked when he looked at her that way. As if he could eat her up and make her enjoy every moment of it. “I will not have to flirt anymore now to make you leave off.”

“You were flirting to make me withdraw my offer?” He sounded incredulous as he gave a mirthless laugh and took a step toward her. “You were wrong. It only made me want you more.”

Self-preservation made a flicker of fear ignite within her, but it was accompanied with a healthy dose of what she was mortified to realize she could only describe as lust. She took a step back, and for some reason a laugh tumbled from her throat. “You stay away from me.” Her voice shook along with the hand she put out to ward him off. “We will not have a repeat of what happened in the library.”

“I rather liked what happened in the library.”

His voice held a bit of a soft growl, and he did not stop at all as he advanced on her. Her heart beat low and deep in her belly. How could he reduce her to this without even touching her? It didn’t make any sense. She was as needy for him as she had been after his kisses, and he hadn’t even touched her.

“You stay back. I will not be caught with you, and I do not appreciate you trying to coerce me.”

He laughed. “I only said I would withdraw my offer at the end of your stay. I never said that I would not use every tool at my disposal to get you to say yes.”

Dear Lord! What had she gotten herself into? 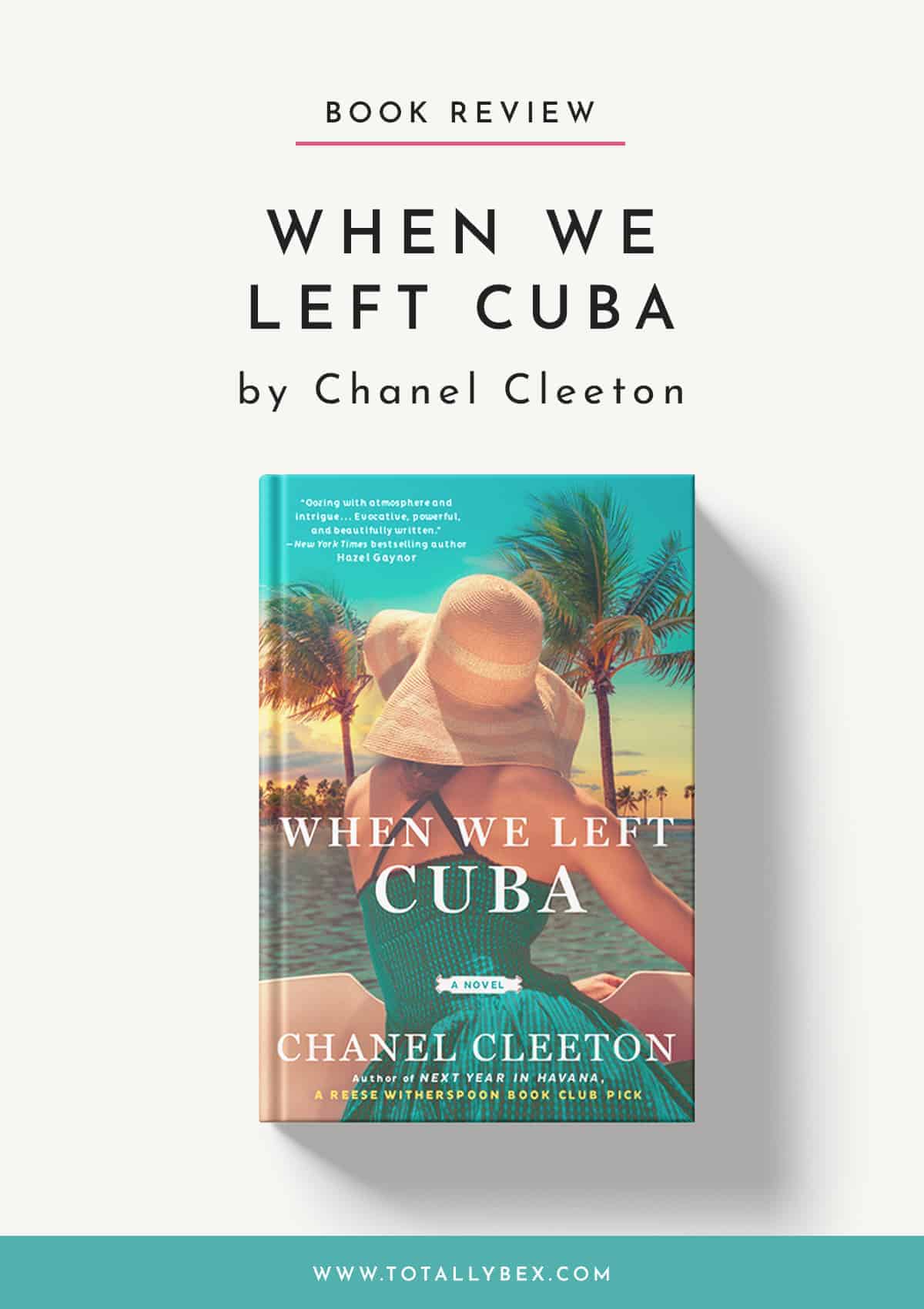 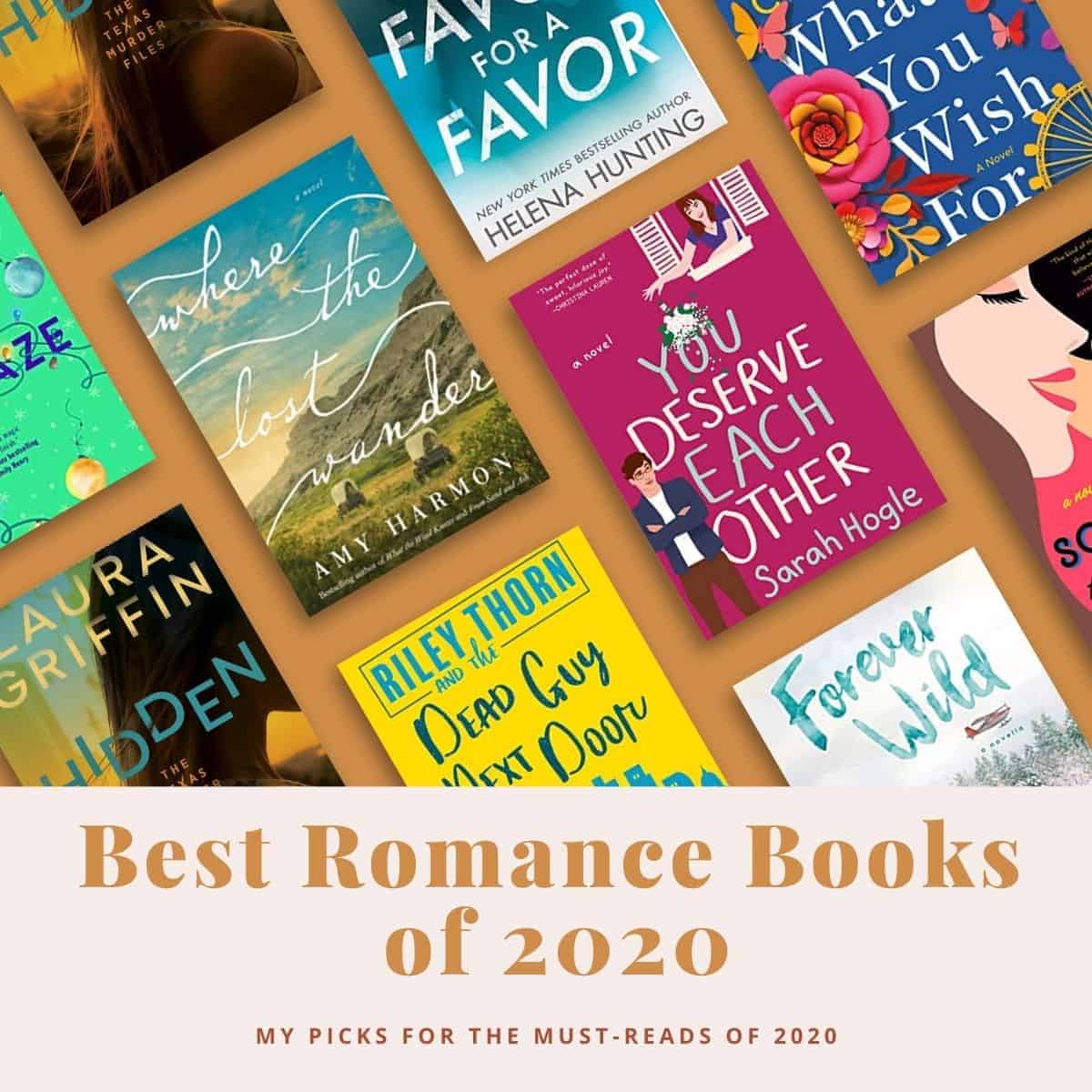 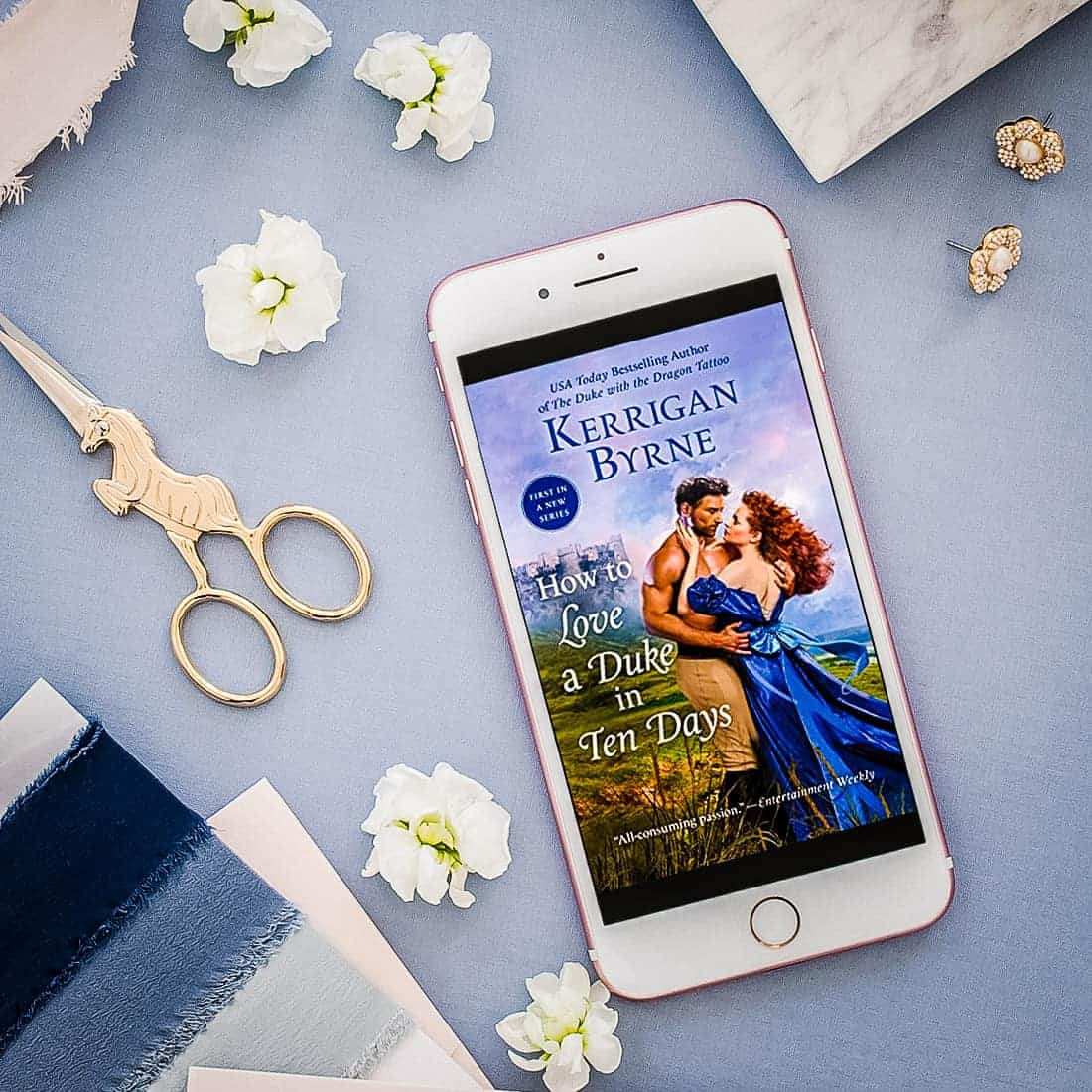 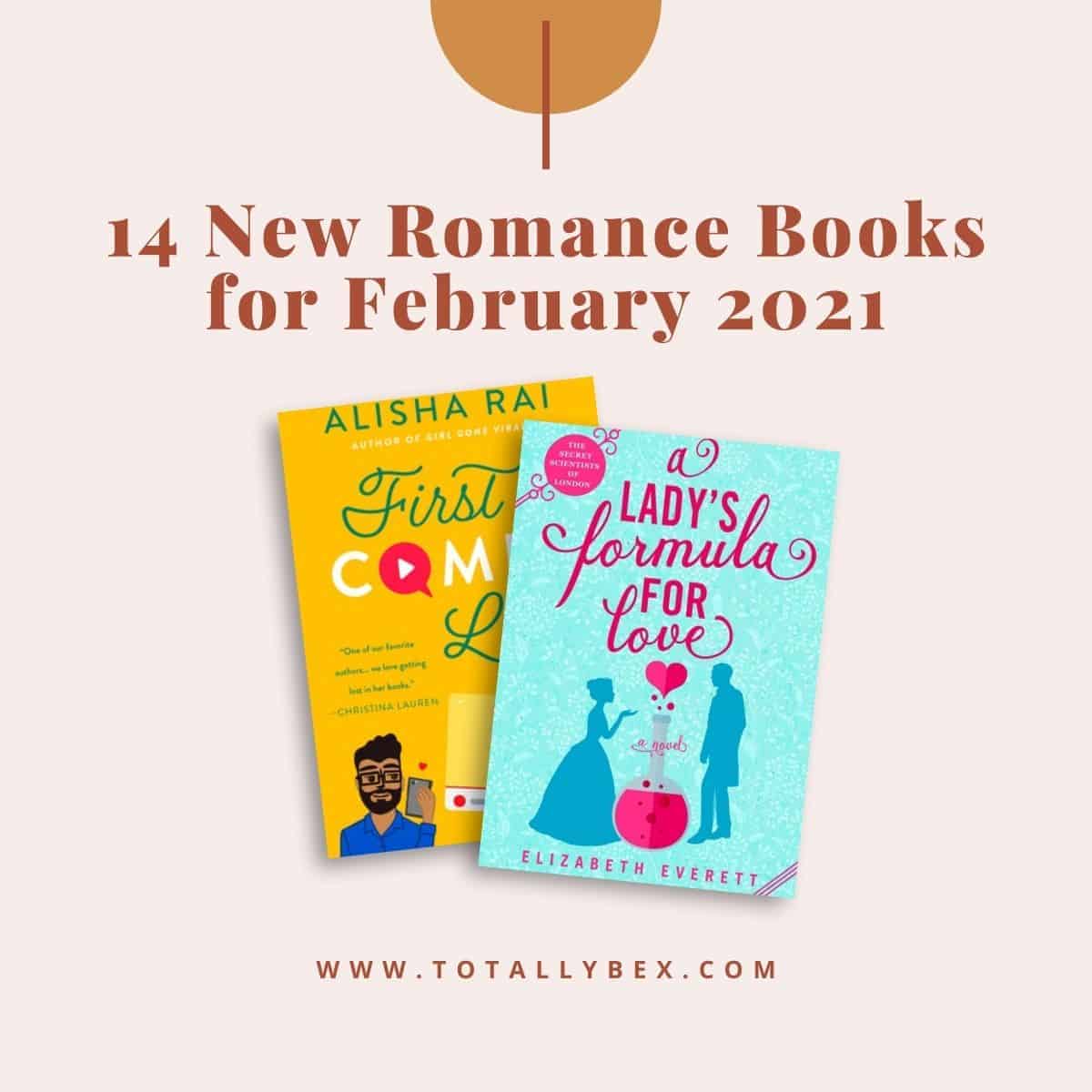 Harper St. George was raised in rural Alabama and along the tranquil coast of northwest Florida. It was a setting filled with stories of the old days that instilled in her a love of history, romance, and adventure. By high school, she had discovered the historical romance novel which combined all of those elements into one perfect package. She has been hooked ever since.

She lives in the Atlanta area with her husband and two children. When not writing, she can be found devouring her husband's amazing cooking and reading. She would love to hear from you.