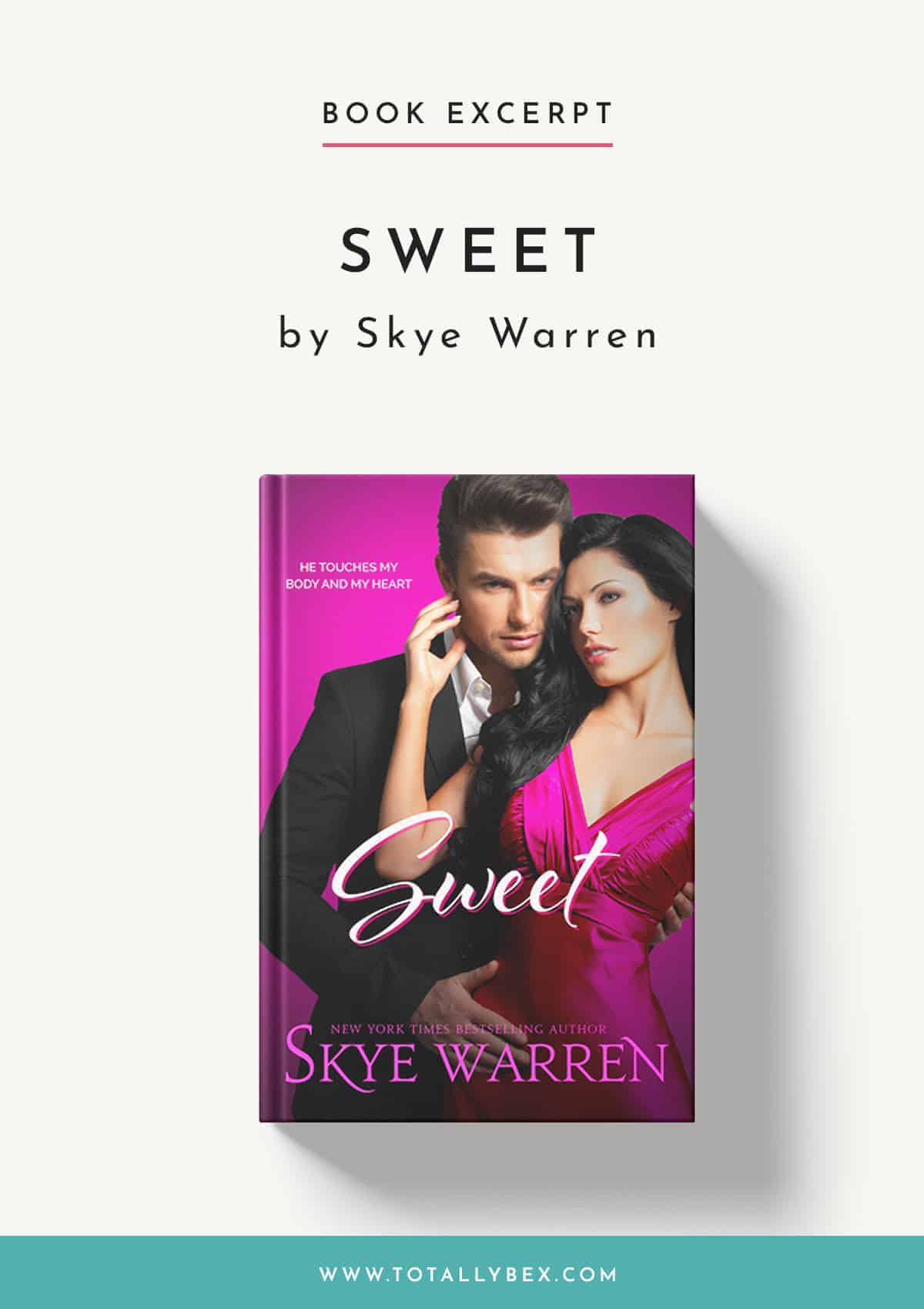 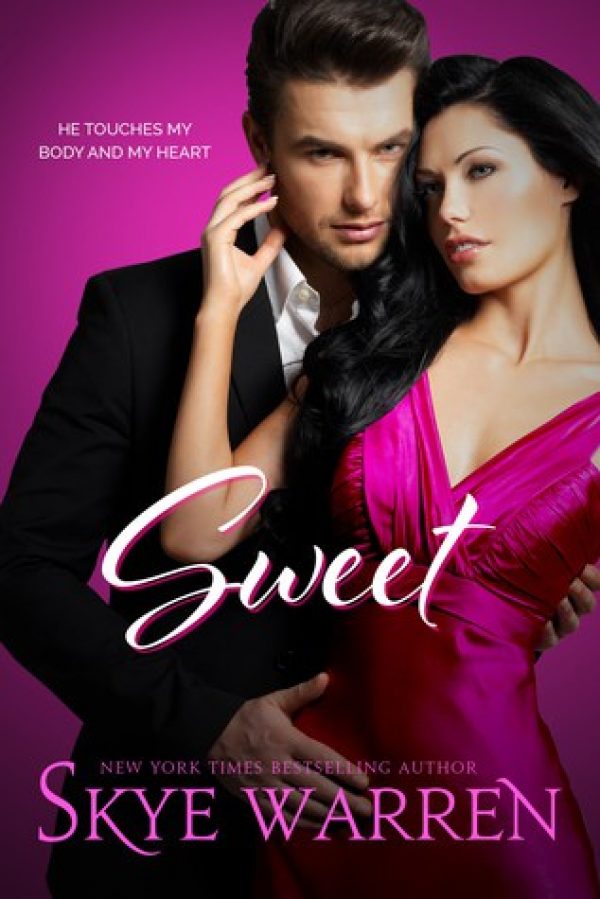 My brother is both powerful and cruel, which means I have a lot of enemies I’ve never met. He swears he’ll keep me safe, but what I want most is to break free. I especially want to break free with Drew, my brother’s lawyer.

I’ve spent my life under glass…

We shouldn’t be together, but everything about him draws me. His intensity, his kindness.

And the way he looks in those custom tailored suits.

One night when he’s outside my bedroom, I give him a sexy show. And in doing so, unlock pandora’s box. Drew shows me everything I’ve been missing. He touches my body and my heart, but when the truth comes to light, we’re both in danger.

The cost of my freedom may be the man I’ve come to love.

Drew stepped into the spotlight, casting a long shadow over the silver-white side of his car. He opened his door and tossed his briefcase on the passenger seat. But instead of getting in and driving away, he paused. He turned back, looking directly at my window—at me. I froze, my throat going dry.

He must have known it was my room, though he’d never been upstairs. I didn’t think he could see me. At least not clearly. We were twenty feet away, separated by double-paned glass, and the glare from the floodlights would overwhelm the thin light from my lamp. Impulsively, I pressed my palm to the cool glass. Could he make that out, the shape of my hand, the color of my flesh?

I leaned forward, painting my own reflection in the window. Wide, dark eyes set in the pale moon of my face, all framed with thick curtains of black hair. I looked like a ghost, something ephemeral and weightless.

That was how I felt sometimes too—not really there. I wanted to feel something, to see what it was like to participate, even if it was only a glimpse. He was waiting for me, leaning against his car.

Maybe he’d always been waiting for me.

Since that first meeting and the sudden heat that had sparked between us, he had been waiting for me to initiate something so he could be sure I was ready. Waiting and wanting, because he had some idea of my background, if not the specifics. The consideration in that gesture, the sheer expanse of it, took my breath away.

He remained still until the floodlights flicked off, blanketing him in night. My eyes adjusted, and he came back into focus again, somehow clearer in the dark. His arms were crossed as he leaned back against the car. The driver’s side door hung open, an ignored invitation in favor of this.

I could see the glint of his eyes, his intensity unmasked. My imagination could fill in the rest—the short, stubby growth on his jaw after a long day of work, the shadows beneath his eyes.

How could I show him; what did he want? Silly questions. Of course, I knew. It was primal, the urge to bare myself, to offer myself, and only my fears kept me in check. It wasn’t the glass of the window or the bricks stacked beneath it. Only my fears kept us apart.

I toyed with the hem of my soft tank top, teasing him with a strip of flesh, blowing cool air across my belly. It wouldn’t be like this with him. His breath was hot, his body a furnace. That much I knew from the study earlier when he’d murmured in my ear. The windowpane was emanating cold, holding out the chilly night air but failing just a little.

He must be freezing, but he didn’t look it, not even as a breeze ruffled a lock of hair over his forehead. He looked like he could wait forever, but why should he have to? I wouldn’t be a coward, not tonight.

I had dressed for sleep after my shower, so there was nothing underneath the thin fabric of my tank top. I tugged the shirt off and let it slip from my fingers. My skin pebbled with goosebumps at the chill. My nipples tightened almost painfully. He might have been a statue, he was so still. I felt the opposite, tingling and aware. It was too much—too embarrassing, too revealing—but exactly what I had been waiting for.

What next? If there was a script to forbidden exhibitionism, I had never read it. I moved with pent-up desire, acted on ideas unformed. I trailed my palms up my stomach and lifted my small breasts like an offering.

I wanted his hands on me, wanted him to touch and caress and pinch me, so I did it myself, grasping my nipples between my thumb and forefinger. I squeezed slightly, and as if he were connected to me, as if he had done it, his body jerked infinitesimally.

Was he excited? I knew enough to look for a bulge at his crotch, but it was too dark to see. I wished he could tell me what he wanted me to do, but maybe that would ruin the illusion of safety. From fifteen feet away, I watched him lick his lips and heard the tacit message.

I put a finger to my lips and licked, slightly exaggerated so that he could see. He leaned forward slightly—yes, more. I sucked the finger into my mouth and could have sworn his hips moved slightly where they rested against the car. Trailing my wetted finger over my chest, I circled my nipple and pinched again, savoring the bite of cold air and hard pressure.

I let down my hair from my tower in the form of secret glimpses, and like Rapunzel, I needed exposure like I needed air. He joined me with his arousal, in the commands conveyed with his body. We communed in a language of our own. Climb to me. I don’t want to be alone.

An ache built in my sex under the weight of his stare and my own touch. My hips moved in answer to his, finding an instinctive rhythm.

I reached for the band of my sweatpants, then paused. Panties too? Too much. I pushed down the pants but left the matching pink bikini panties on.

There was no way I could have heard, but I could have sworn he groaned. I imagined tiny molecules of air vibrating at the sound, traveling all this way and whispering against my lips.

I tucked my fingertips beneath the soft, stretchy hem of my panties, but then he wouldn’t be able to see. Instead, I slid my palm over my covered sex and slipped beneath the strip of fabric between my legs. Wet heat met my questing fingers, more slippery than I had ever felt it when alone in my bed. I teased myself along the slick outer lips before sliding upward in search of a particular place—there.

My knees threatened to buckle from the pleasure that coursed through me, from the hard training of the day. I braced myself against the window, one hand on the glass and the other on my clit. It did more than sustain me, it connected me to him, an arc from the outside in, and the result was electric.

He leaned forward, gripping the top of the open door. I watched his other hand ball into a fist before letting my eyes fall shut, imagining that hand on me, holding me just as tightly, bruising me so I would never forget.

I didn’t know whether the words came from him or me, but I let the currents pull me along, let the arousal swirl faster and deeper until I couldn’t find the surface, couldn’t breathe—could only buck and moan and spill all over my furiously rubbing fingers. My stuttered moan was loud in my ears, filling my room before it dropped off into a sigh.

I let my hand fall away and opened my eyes.

He stood exactly as I’d left him, bristling with an almost palpable tension. After a moment, he detached from the car, moving slowly, like a man in pain, as if he’d been injured.

He turned away and rested his palms on the top of the car. With an unreadable glance back at me, he gingerly got inside and drove away.

I watched him go, sated but far from satisfied. Always wanting, always needing something above my reach. Dreaming of ballerinas when I came from the slums. Lusting after the smart, successful man in a well-tailored suit. One of these days, I’d reach too far. I’d fly too close to the sun, but even knowing so, I couldn’t stop myself from spreading my wings.