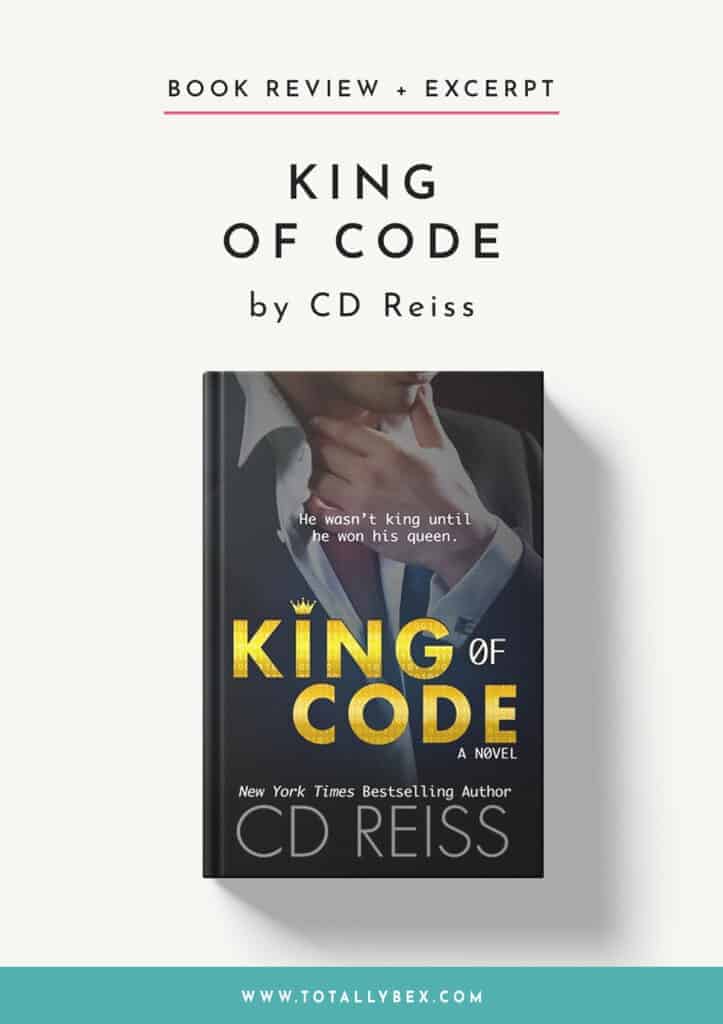 Thank you for the advanced copy of KING OF CODE by CD Reiss. All opinions are my own. 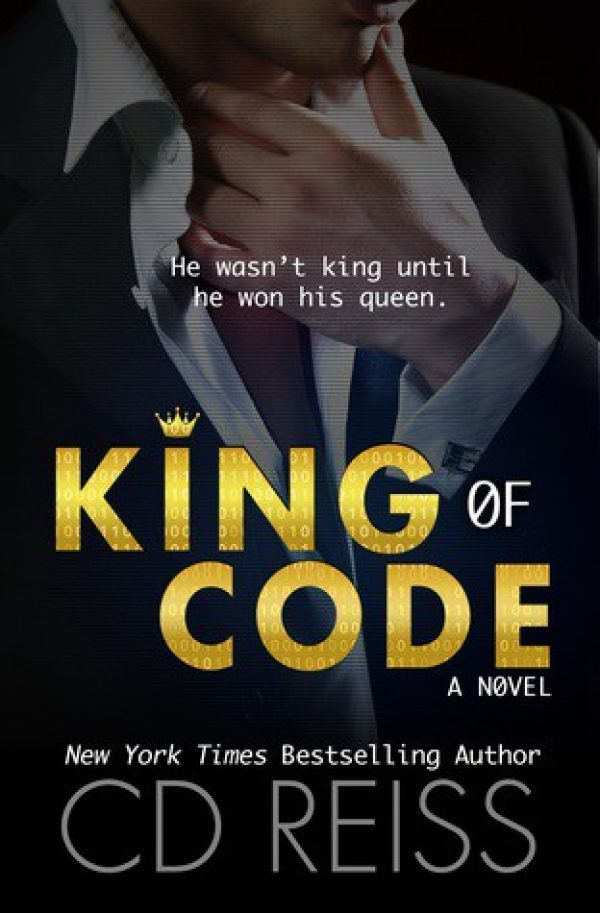 Taylor Harden is a man on the edge.

The edge of utter humiliation.

He built an unhackable system, and in front of everyone, it’s hacked.

His reputation goes from king to goat in a split second. Boom. Like that.

Some dude in Barrington, USA (AKA Nowhere) has locked down Taylor’s code, and if he doesn’t get it back, he’s going to be wearing a monkey suit for the rest of his life.

Except, this guy? This hacker from Nowhere? He’s not a guy.

Harper Watson’s all woman. And she has a plan for Taylor, his code, and his body.

King of Code is the first book in a new series of standalones.

This book had me at the blurb.  A dark web hacker-turned-white hat creates an unbreakable system only to be embarrassed by a very public hack–and by a woman no less?!?

This got the geek in me fired up to read about Taylor and Harper, their world of code, how she pulled off the hack, and everything in between.

After reading King of Code, I don’t know how I feel about this story.  Taylor almost feels like an unreliable narrator; his thoughts and dreams are disjointed, sometimes his actions don’t match his intentions, and he acts as if he has Stockholm Syndrome while falling in love with his captor.  This may be part of his ‘hacker brain’ coming into play, but it also made him an unlikable character for the first three-quarters of the book.

Harper is another enigma and unreliable character.  She plays her emotions close to the vest and doesn’t let the reader in for more than a second at a time.  As the mastermind of the greatest hack in history, I guess that makes complete sense, but it also didn’t make her a warm and fuzzy character.  Although, you realize that she has an endgame and we aren’t privy to that level of information until she’s ready to reveal it.  In all honesty, I’m torn; about the likability of the characters, my connection to them, and my subsequent rating of this book.  I think I liked it, but I know I didn’t love it.

The tech-speak is slick and believable, the characters are dangerously flawed, and the writing is everything you would expect from CD Reiss.  Ultimately, I mostly enjoyed the cat and mouse game that was being played between a man who has his entire life and livelihood stolen out from under him and the woman who essentially holds him hostage in Nowheresville, USA.  Plus, there’s plenty of suspense, angst, and intrigue to keep you glued to your Kindle.  To me, it was fun to read a unique story soaked with so much geeky goodness, but frustrating to feel disconnected with the characters until almost the end of the book.

“About time!” the older lady shouted.

“Is Harper back?” I asked, handing the bags to the blushing redhead.

“You coming in?” she asked.

“Did the decryption key work?”

The door slapped closed behind her as she came out, and we were alone. The way the setting sun hit her cheeks made her glow, and the strands of gold hair at the edges looked translucent. She belonged on a postcard.

“Did you doubt it would work?”

“What are the thorns about?” I pointed at the thorn bed that had eaten my phone and went down the stairs to the yard.

She came after me. “Don’t you have these where you’re from?” She snapped a dry twig off the end.

“Roses? Yes. Impenetrable, groomed thorn bushes in our yards? No.”

“It’s not normal to give the gardeners in town something to do?” We walked around the perimeter.

“You are not normal.”

“It still blooms in spring. It’s really nice. You should see it.”

We were at the back end of the yard, where the very top of the factory’s roof cut the horizon.

I took her hand, pulling her to a stop. “Harper.”

“Taylor?” Her hair flew in her mouth when she turned, and she drew her finger across her cheek to get it out.

What was I supposed to tell her again? That I knew we’d interviewed her. That I didn’t give her the job despite her having a leg up on everyone else we saw.

But was I contrite? Accusatory? Was I just going to relay information? What did I want out of her after I told her I knew?

“Thank you for helping today,” she said. “If you’d asked me when we met, ‘Would Taylor Harden help clean the factory?’ I would have said, ‘No, not for any reason.’ But there you were. Pushing a broom. Scooping up sh!t. Not being an a$$hole.”

“My watch was at stake.”

“Yeah. Whatever. You can say what you want to keep your reputation as a sh!thead intact.”

“I have a reputation as a sh!thead?”

I did know it, and I reveled in it.

She faced me and put her other hand out. I took it, holding both hands between us. I couldn’t help it.

“Well, you guys are such a bunch of sad sacks I had to help. And let me tell you, every guy in Barrington has a little a$$hole in him. Trust me. I’ve played pool with them.”

“I want to say…” She stopped herself as if she really didn’t want to say. “Let’s get together tonight and get you another decryption code. But… saying this is stupid.” She bit her lip.

I looked at our hands so I wouldn’t have to look at her.

CD Reiss is a New York Times bestselling author. She still has to chop wood and carry water, which was buried in the fine print. Her lawyer is working it out with God but in the meantime, if you call and she doesn't pick up she's at the well hauling buckets.

Born in New York City, she moved to Hollywood, California to get her master's degree in screenwriting from USC. In case you want to know, that went nowhere but it did give her a big enough ego to write novels.

She's frequently referred to as the Shakespeare of Smut which is flattering but hasn't ever gotten her out of chopping a single cord of wood.

If you meet her in person, you should call her Christine.