Enjoy this exclusive excerpt from Meet Me in Paradise by Libby Hubscher and be sure to grab a copy! 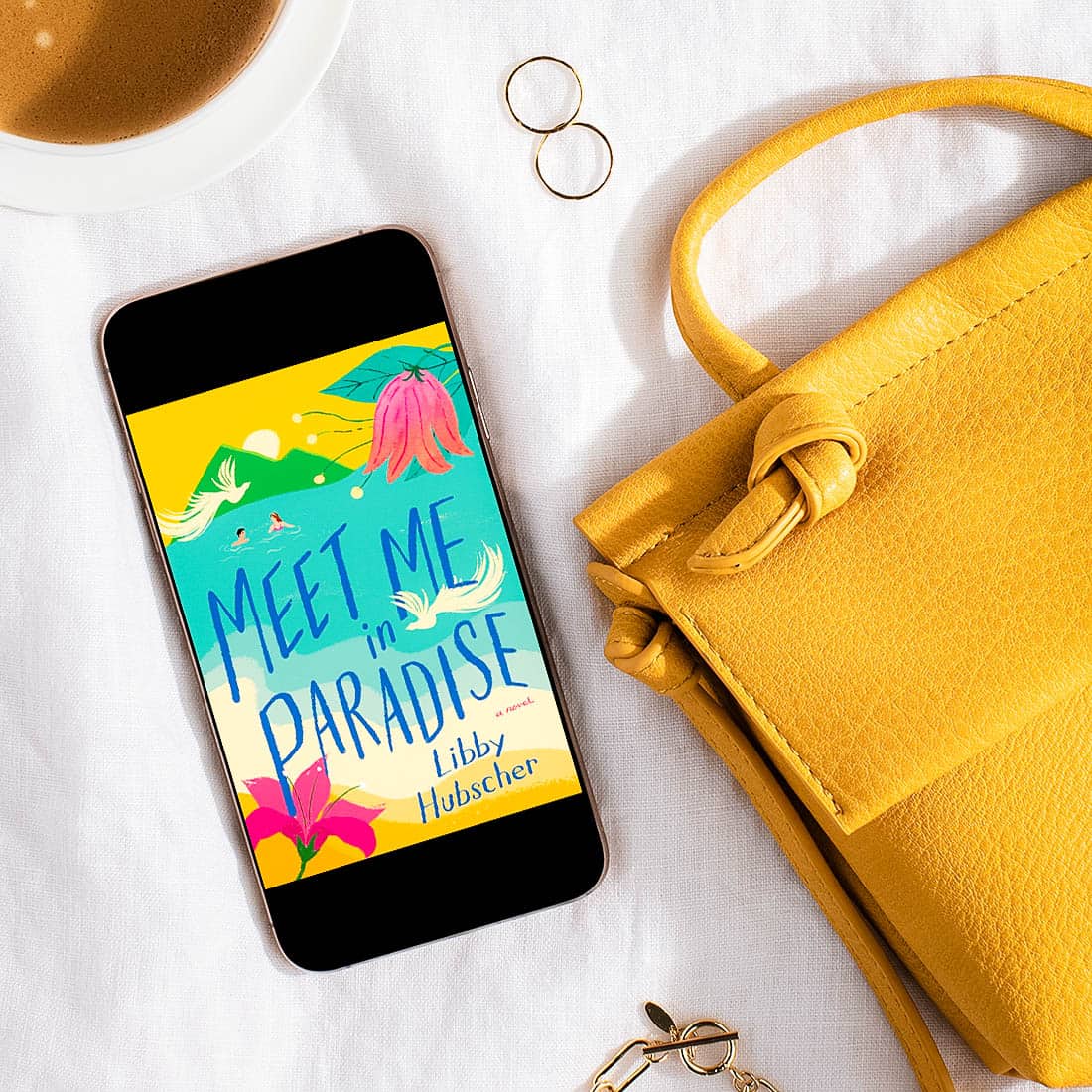 Marin Cole has never:
Seen the ocean
Climbed a mountain
Taken a risk on love
….But if her sister’s plan works, she just might do all three.

Ever since her journalist mother died on assignment, Marin has played it safe, refusing to set foot outside the state of Tennessee. Her wild-child younger sister, Sadie, has trotted the globe as a photographer, living off of art and adrenaline.

When Sadie returns from a tough assignment abroad and looks a little worse for wear, Marin reluctantly agrees to a sisters’ spa weekend on the tropical island of Saba. But her lifelong fear of travel is affirmed when Sadie misses the flight, Marin’s luggage gets mixed up with another passenger’s, and an episode of turbulence sends her hurtling into the lap of Lucas Tsai, the handsome stranger who stole her sister’s seat.

For the first time in a long time, Marin has to step outside of her comfort zone as she explores the island with Lucas and learns what she’s been missing out on. With each breathtaking new experience, Marin gets closer to her real self, the man she’s falling for, and the heart-wrenching truth about why she’s there in the first place.

Meet Me in Paradise

Excerpt from Meet Me in Paradise

“Your patience is much appreciated,” the attendant said. “May I get you a complimentary beverage while you wait? It should only be a few more moments.”

Hurry up, Sadie, before this becomes one of those stuck‑at‑the-gate horror stories where the passengers turn Lord of the Flies and start death fights over packages of pretzels. I hadn’t even considered that in my list of things that could go horribly wrong when flying. I abandoned my eager stakeout of the walkway and sank down in my seat. At the sound of footsteps and a bag brushing against one of the seats, I popped up again. Sadie! Thank goodness. I could almost feel the calm from my sister and her borrowed antianxiety meds washing over me. But instead of my favorite (only) tardy sibling, my gaze settled on a man. A tall, angular hunk of a man. He was so attractive, I thought for a moment that the stress of the impending flight had caused me to hallucinate. It’s entirely possible that I did some sort of extremely obvious double take. He practically radiated confident nonchalance, from his slightly worn khaki pants and linen— yes, linen, of course his wasn’t wrinkled— button- down shirt, open just enough to give everyone a hint of his chest, which was irritatingly perfect, to the disheveled black hair that managed to look like he’d either just woken up or stepped off a freaking runway. And the pièce de résistance? Mirrored aviator sunglasses he’d left on inside the cabin. Who did that? Oh, I knew who . . . some celebrity, probably. Sadie would’ve eaten this up. She was always texting me snapshots of famous people she’d seen on planes. At the thought, my spirit lifted, just a tad. Perhaps by some miracle Sadie would show up, breathless and beaming. But no. Without a word, the man plopped down into the seat next to me and shoved his satchel under the seat in front of him. I eyed him warily out of the corner of my eye. This was too much. I had a limit and it had been exceeded. I cleared my throat.

“Excuse me.” I touched his shirtsleeve to get his attention. He turned, pulling his sunglasses down. Up close, he was distractingly handsome. He had smooth tan skin, clear brown eyes, and a strong jaw. His eyes had fine lines bracketing them, suggesting that he either smiled or squinted often. One of his dark eyebrows raised slightly in an expression somewhere between irritation and mild amusement. “I think maybe you’ve got the wrong seat,” I said. “That one’s taken.” I nodded toward the seat he was occupying.

“That’s right. Taken by me.” His voice was deep with an intriguing accent I couldn’t quite place.

The man looked around with feigned dramatics, then settled back into his seat and began pulling out his headphones. “Don’t see her.”

“She’s running late. She’ll be here.” She has to be here.

“And this is my seat.” He held a ticket clearly marked with 2B in front of his face, just below his self-satisfied smile, and flicked it with a finger.

I tried to think of something to say— words were my business, for God’s sake— but came up with nothing. How could this have happened? Sadie had told me our seats were next to each other in first class. She’d used her mountain of air miles to get them. Had the airline given away Sadie’s seat? Oh God, she really wasn’t coming, and I’d just made a complete fool of myself. To make matters worse, he’d rendered me speechless, sitting there, mouth open like a fish out of water, trying and failing to come up with a witty retort. I was many things, but I was never speechless.

A Place in the Sun by RS Grey – Vacation Romance At Its Finest! 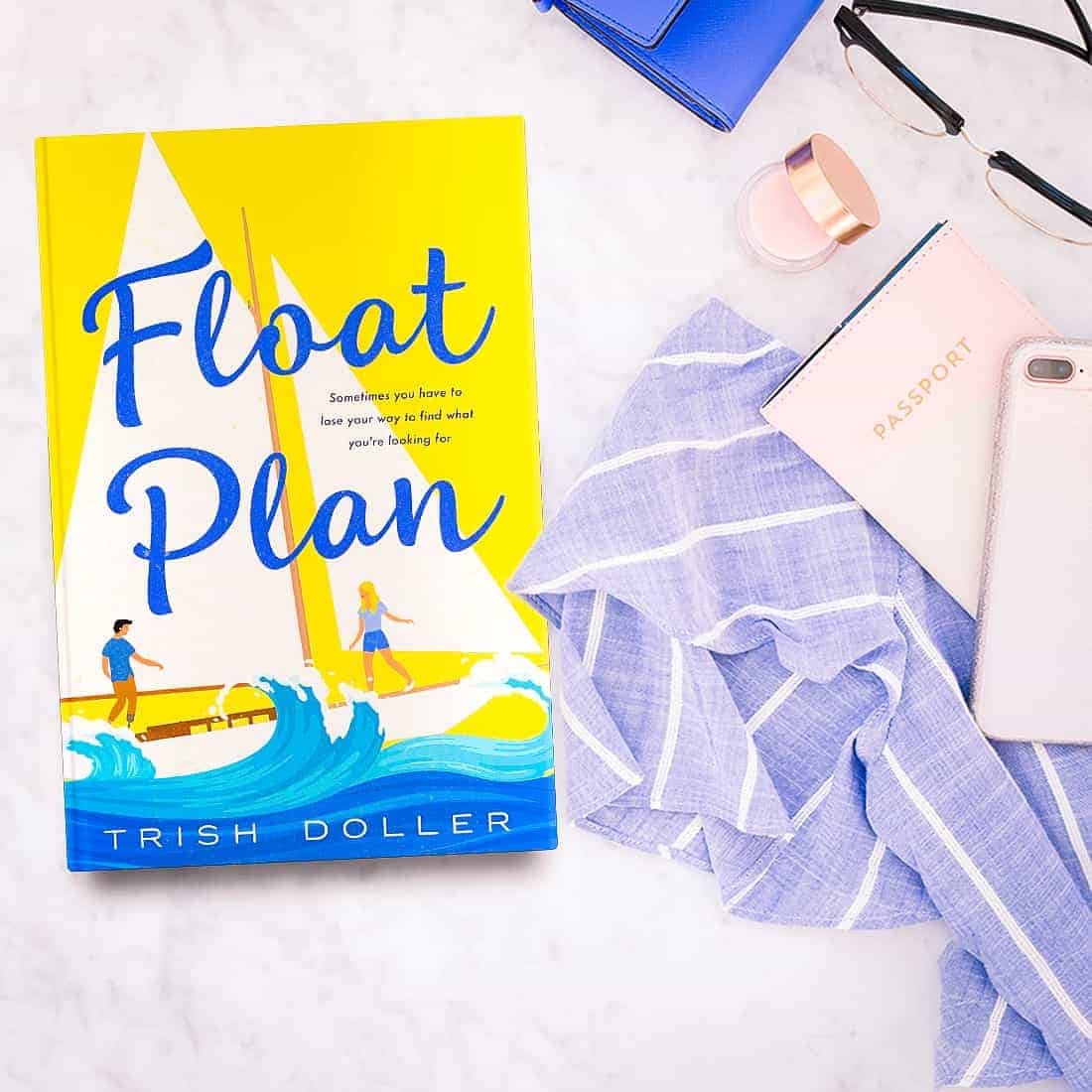 Float Plan by Trish Doller – A Journey Through Grief 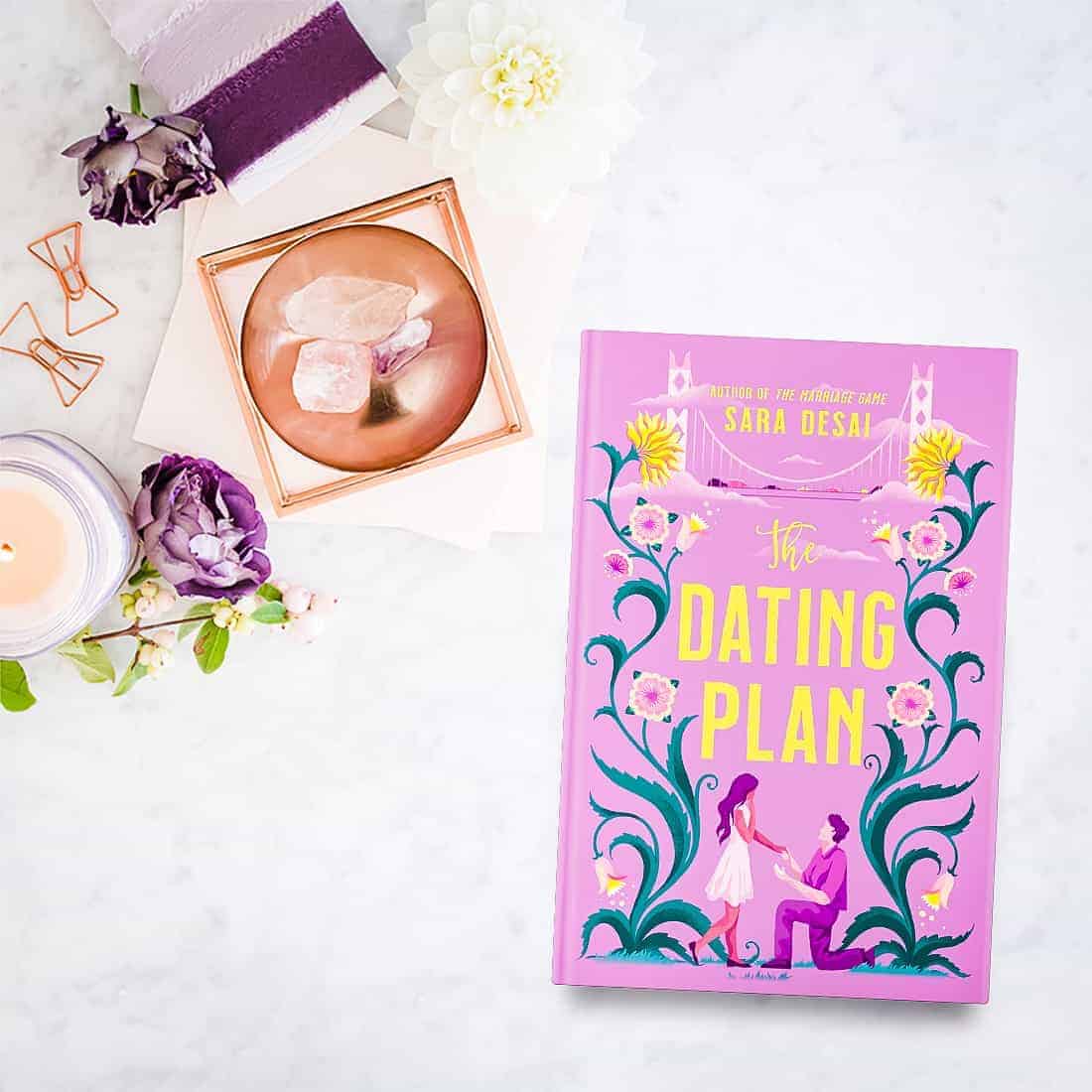 Read a Snippet of The Dating Plan by Sara Desai! 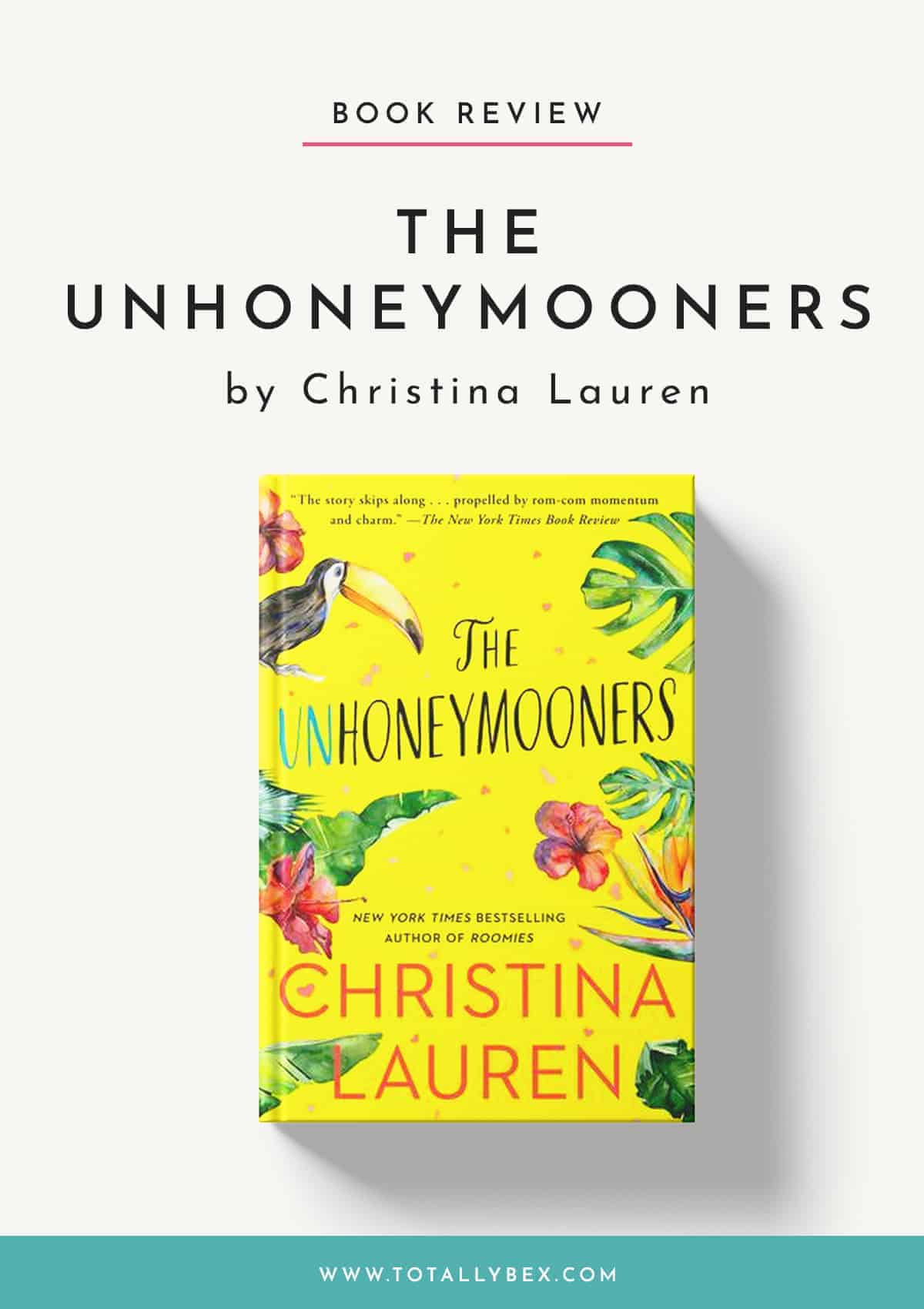 The Unhoneymooners by Christina Lauren – One of My Favorite Romances of the Year!

Libby Hubscher is an author and scientist. She studied biology at Bowdoin College in Brunswick, Maine and holds a doctor of philosophy in molecular toxicology from North Carolina State University. Her work has appeared online and in textbooks, scientific journals, and literary journals. Her short story “The Unwelcome Guest” was long-listed for the Wigleaf Top 50 in 2018. She lives in North Carolina with her husband, two young children, and a menagerie of pets.