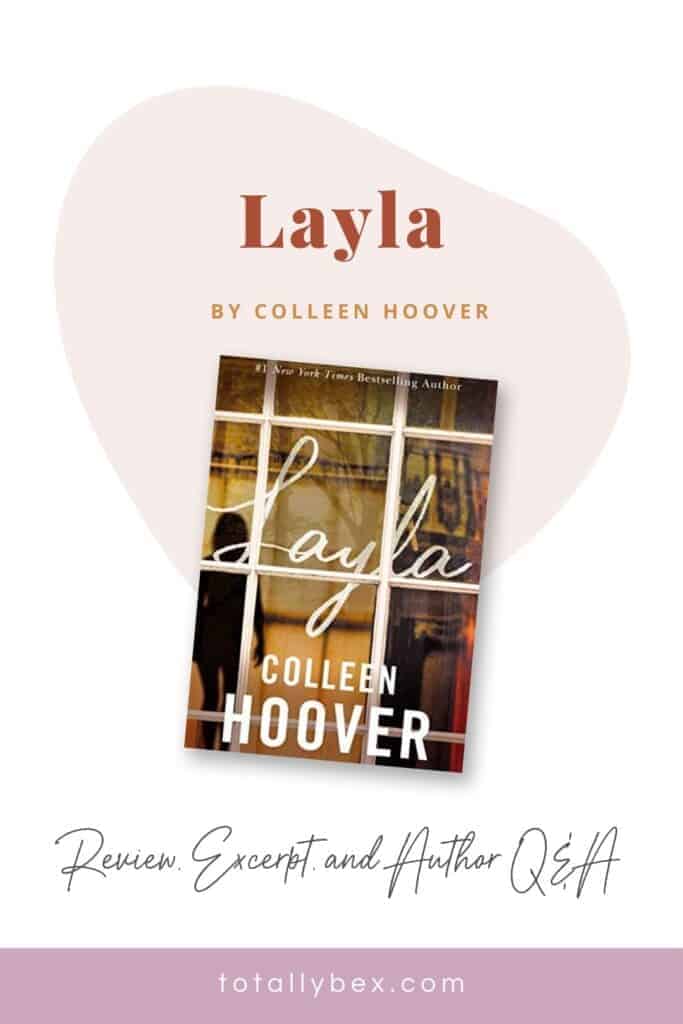 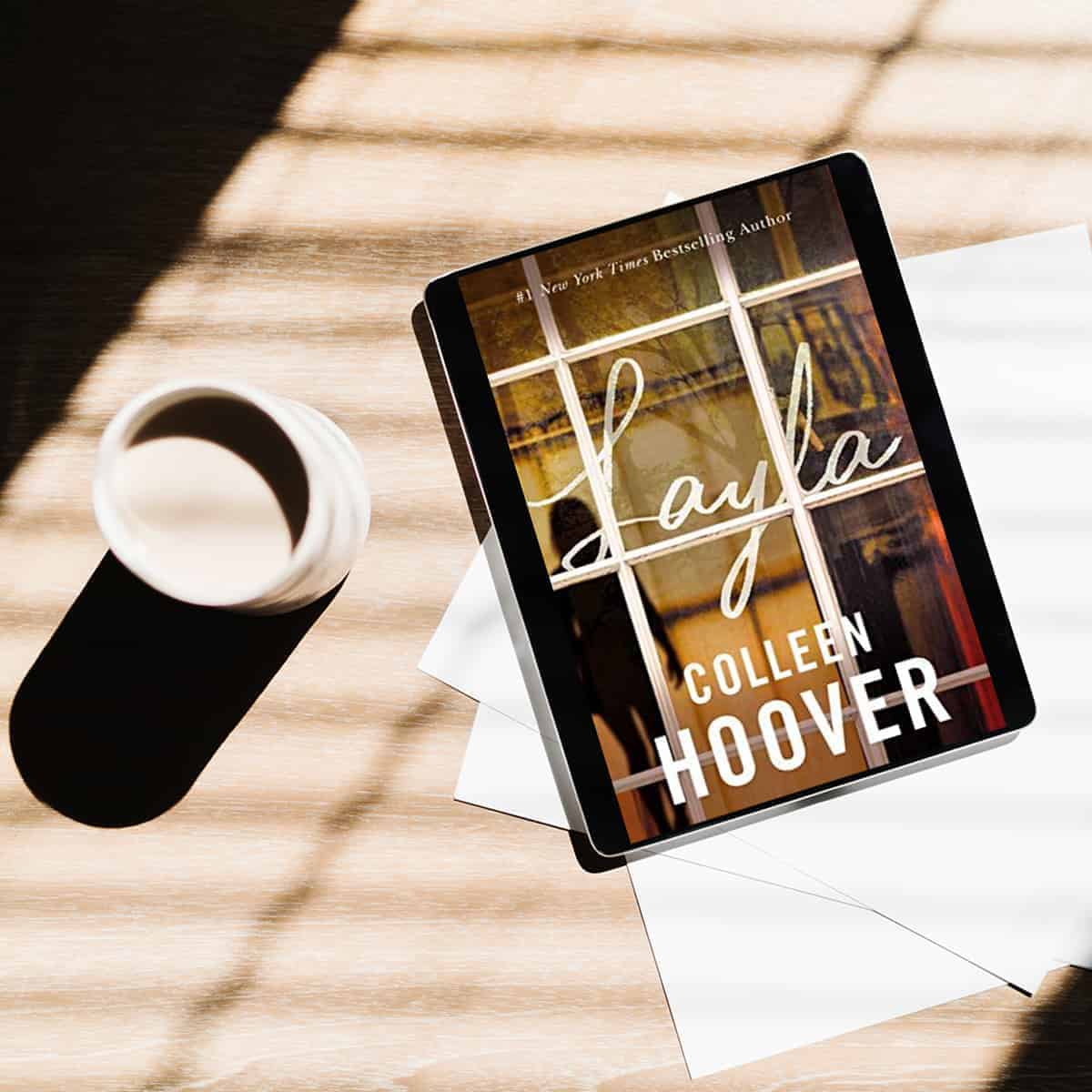 When Leeds meets Layla, he’s convinced he’ll spend the rest of his life with her—until an unexpected attack leaves Layla fighting for her life. After weeks in the hospital, Layla recovers physically, but the emotional and mental scarring has altered the woman Leeds fell in love with. In order to put their relationship back on track, Leeds whisks Layla away to the bed-and-breakfast where they first met. Once they arrive, Layla’s behavior takes a bizarre turn. And that’s just one of many inexplicable occurrences.

Feeling distant from Layla, Leeds soon finds solace in Willow—another guest of the B&B with whom he forms a connection through their shared concerns. As his curiosity for Willow grows, his decision to help her find answers puts him in direct conflict with Layla’s well-being. Leeds soon realizes he has to make a choice because he can’t help both of them. But if he makes the wrong choice, it could be detrimental for all of them.

Thank you for the advanced copy of LAYLA by Colleen Hoover.  All opinions are my own.

From the very first line, Layla is a mesmerizing and twisty tale that will captivate, mesmerize, and terrify you.  Colleen Hoover never ceases to amaze me with her creativity and uniqueness when it comes to her storylines, and Layla is no exception.  Her foray into paranormal romance has been, in my opinion, a success.

Layla and Leeds’ connection is one of insta-love, but once a tragic incident occurs, their relationship is irrevocably changed.  Layla never seems to recover, and Leeds doesn’t seem to know what to do to make it better for her.

As the story progresses, you start to realize that things aren’t what they seem, and more is happening beneath the surface.

What I like about Layla (the book) is that Hoover didn’t take the easy route and gives us a nuanced storyline that is intriguing, emotional, immersive, and will likely make you feel uncomfortable.

Of course, there’s also the signature twist, and I can honestly say that I never expected what happens—which makes it a winner in my book.

Layla leans in and I expect her to kiss me, but instead, she whispers, “Play me something,” against my mouth. Then she moves to the couch and lies down. “Play something worthy of that piano,” she says.

She crosses her legs at her ankles and lets one of her arms dangle off the couch. She runs her finger against the hardwood floor while she waits for me to start playing, but I can’t stop staring at her. I’m not sure there’s another woman on this planet who could make me want to stare at her without blinking until my eyes dry up, but she’s looking at me expectantly.

She smiles gently. “Does the song mean something to you?”

“I wrote it using pieces of my soul.”

“Then you have nothing to worry about,” she says quietly.

I spin around on the bench and place my fingers on the keys. I hesitate for a moment before playing the song. I’ve never performed it for anyone before. The only person I’ve ever wanted to sing it for is my father, and he’s no longer alive. His death is the reason I wrote this in the first place.

I’ve never been nervous while playing Garrett’s songs onstage, but this feels different. This is personal, and despite the fact that there’s only one person in the audience right now, it feels like the most intense audience I’ve ever performed for.

I fill my lungs with air and slowly release it as I begin to play.

That night I stopped believing in heaven

I can’t believe in a god that cruel

That night I stopped praying on my knees

But I don’t pray standing either

I’ve been sitting in the dark

That night I learned happiness is a fairy tale

That night I stopped believing in God

You were ours, he didn’t care, he

That night I stopped.

That night I stopped.

When I’m finished playing the song, I fold my hands in my lap. I’m a little hesitant to turn around and look at her. The whole room got quiet after I played the last note. So quiet—it feels like all the sound was sucked out of the house. I can’t even hear her breathing.

I close the cover to the piano and then slowly spin around on the bench. She’s wiping her eyes, staring up at the ceiling.

“Wow,” she whispers. “I wasn’t expecting that. I feel like you just stomped on my chest.”

That’s how I’ve felt since I first laid eyes on her tonight.

“I like how it ends,” she says. She sits up on the couch and tucks her legs beneath her. “You just stop in the middle of the sentence. It’s so perfect. So powerful.”

I wasn’t sure if she’d realize the intentional ending, but the fact that she does makes me all the more enamored of her.

A Q&A with Author Colleen Hoover

You have written in many different genres and always keep your fans wanting more. For Layla, you are dipping your toes into a paranormal story that has lots of secrets. How do you describe Layla without giving anything away? #spoilerfreezone
What is supposed to be a short, romantic getaway for new couple Leeds and Layla turns into an extended vacation full of bizarre occurrences. But no matter how much Layla wants to leave, Leeds is more focused on finding answers for the unexplainable.
The paranormal elements in your story are faint…just a whisper…until they take over. What was it like adding another worldly twist to your writing for the first time?
It was HARD. Super hard. I love using my imagination, but I also love realistic stories, so I found myself trying to pull back on things I didn’t feel were realistic. But then it got a lot easier when I decided to just make Leeds’s reactions sort of mirror what I would do orsay in those early moments. I put a lot of my own thoughts in Leeds’s character. He finds it hard to explain some of the things that happen, so his reactions are probably what my reactions would be at first. Until there was no room left for doubt, anyway. Then his actions veer very far from what mine would have been.
Love-at-first-sight is such a mundane phrase for what these two share. Their passionate relationship seems to move in fast-forward. What is it about these characters that make their connection so instantaneous?
I knew where the story was going to go, so I needed their meet-cute to be believable, fun, and I wanted them to be a couple readers would root for. I probably rewrote that first chapter dozens of times,but I focused mainly on their banter. Sometimes we meet people we instantly click with on so many different levels. Leeds and Layla clicked with their sarcasm, their humor, their taste in music. And she read him without even knowing him. To Leeds that was special. I think he felt seen in a world where he’s often overlooked.
It becomes somewhat of an inside joke between your couple that, before Layla, Leeds’ always wore a look like he was“dying inside.” The truth is that he was deeply unhappy before meeting Layla. How does she change his life?
Leeds is lonely and holding back on his dreams because of doubts. Leeds sees something different in Layla. She’s carefree, fun and gives him confidence to follow his dreams. In a sense, I think she’s his missing puzzle piece. She fills the parts of him that are empty.
Before Leeds, Layla doesn’t have a real direction in her life. What does this romance provide to her and why is she so grateful to have found her hero?
Layla is fresh out of college, living with her parents and unemployed. Leeds’s career gives her focus, and being with him in Tennessee got her out of a place where she probably felt useless and unproductive.
Can readers expect more paranormal elements in your books moving forward?
I’ll never say never! 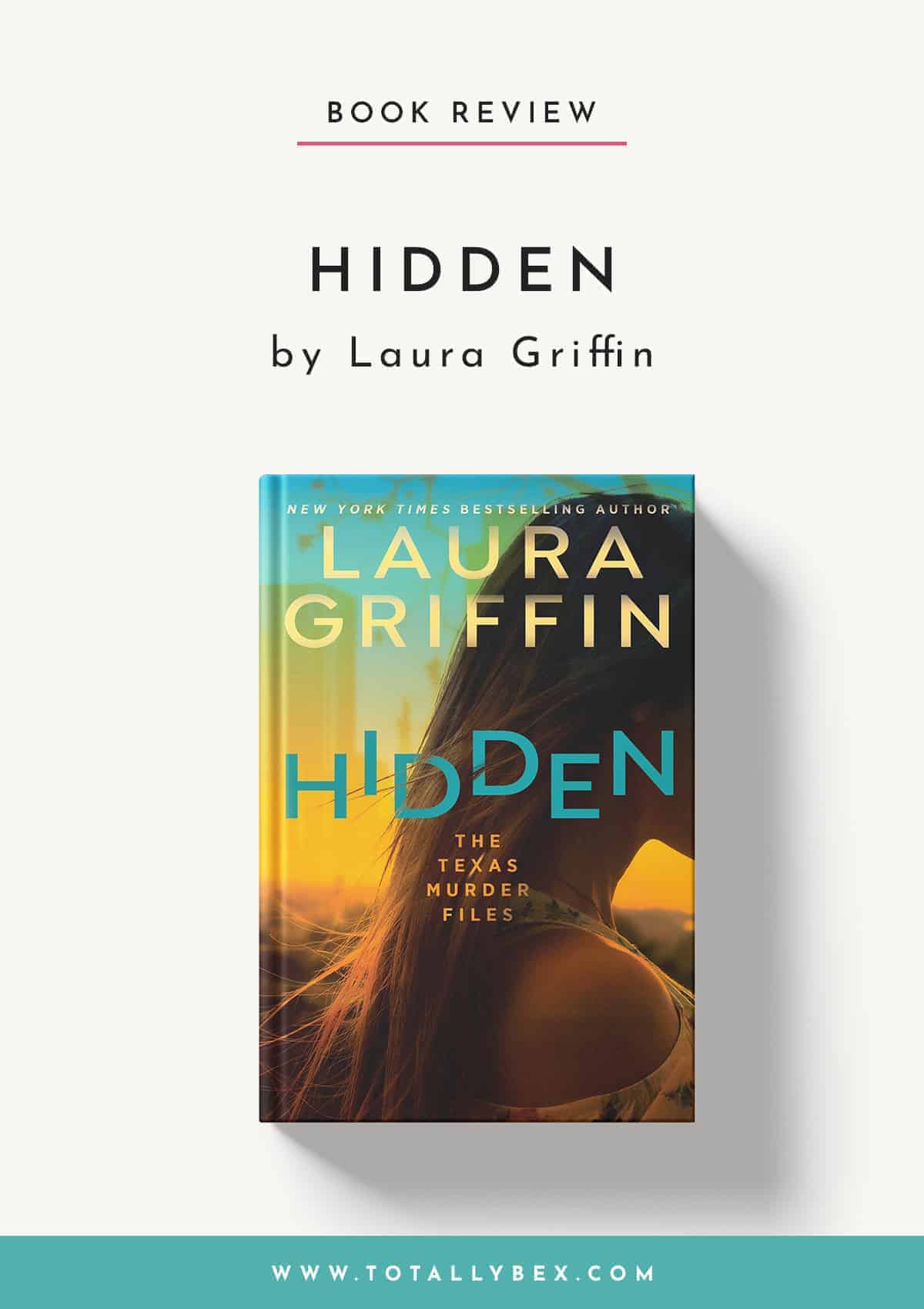 Hidden by Laura Griffin – A Page-Turner of a Mystery! 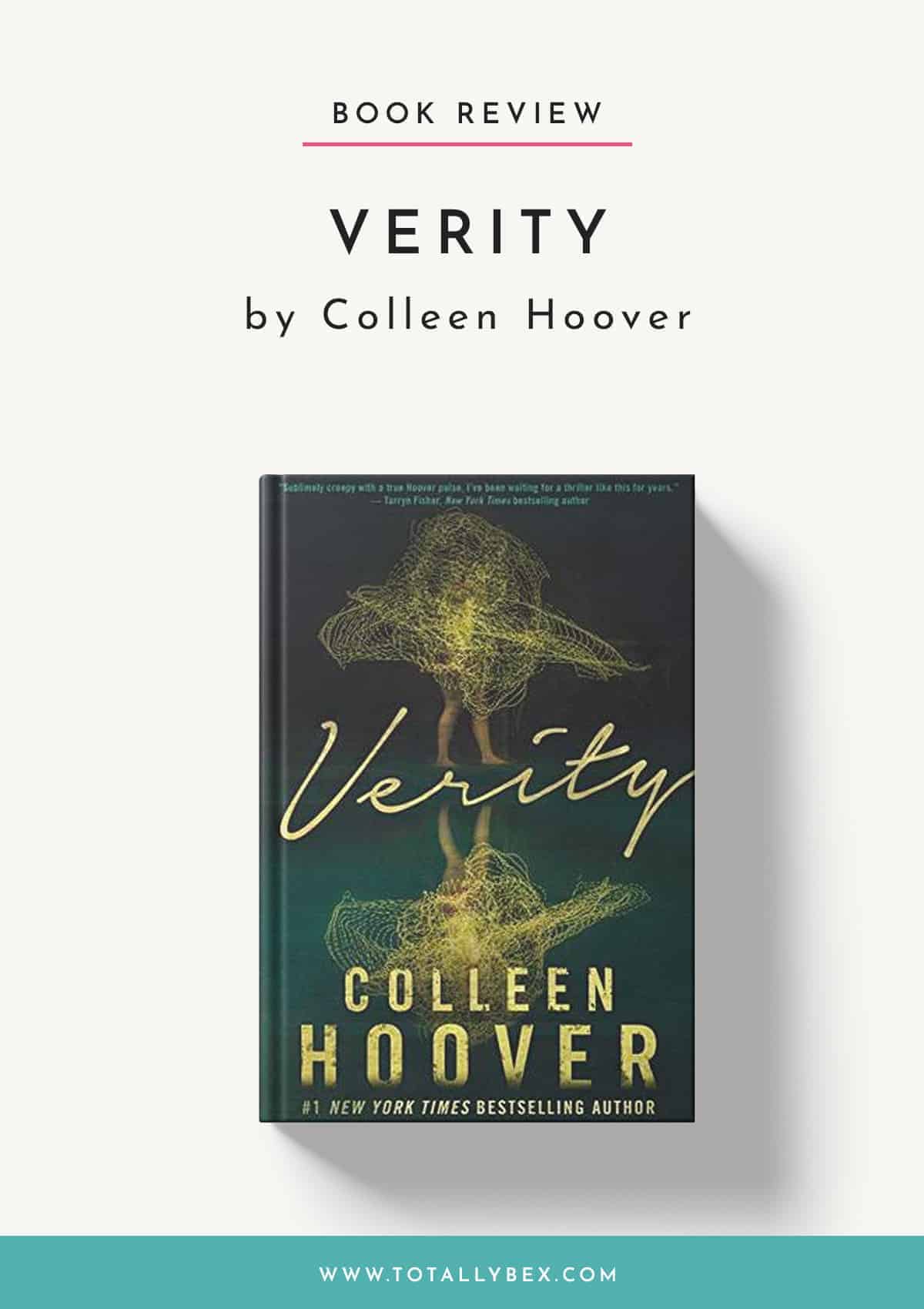 Verity by Colleen Hoover — A Devious and Twisty Departure 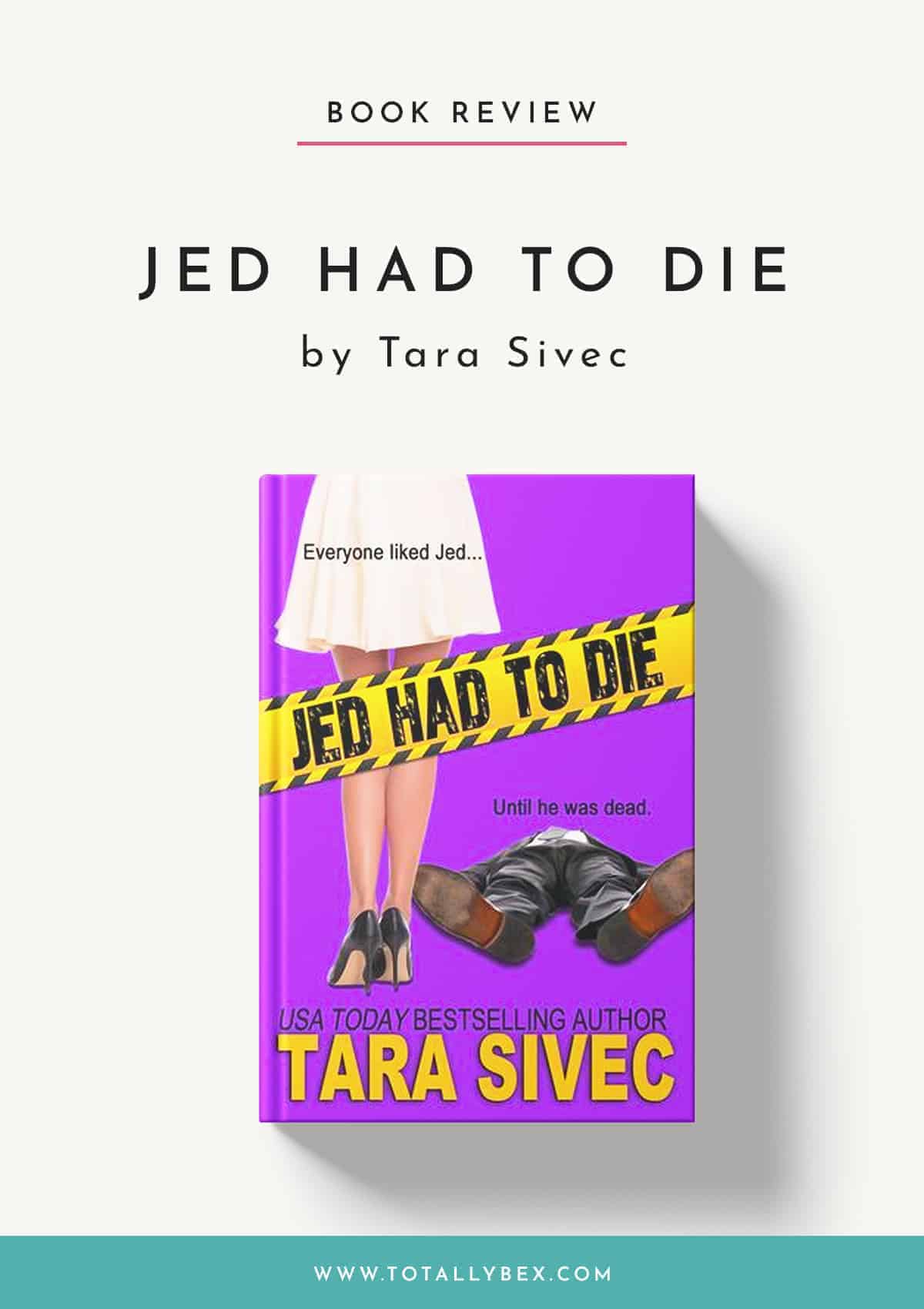 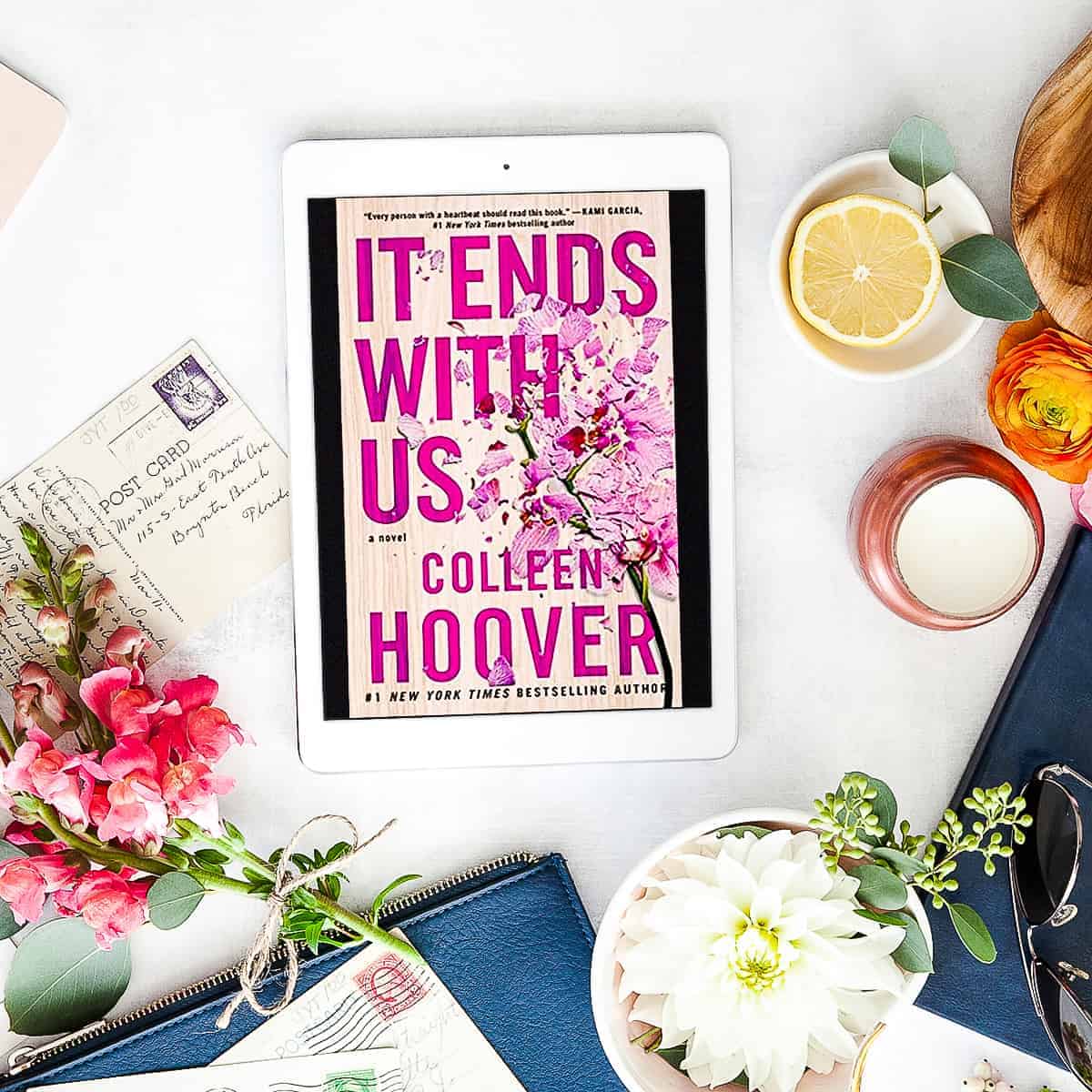 It Ends with Us by Colleen Hoover – A Powerful Must-Read!

International and #1 New York Times bestselling author of romance, YA, thriller and Women's Fiction. And maybe a ghost story soon.

I don't like to be confined to one genre. If you put me in a box, I'll claw my way out.

My social media username is @colleenhoover pretty much everywhere except my email, which is [email protected]