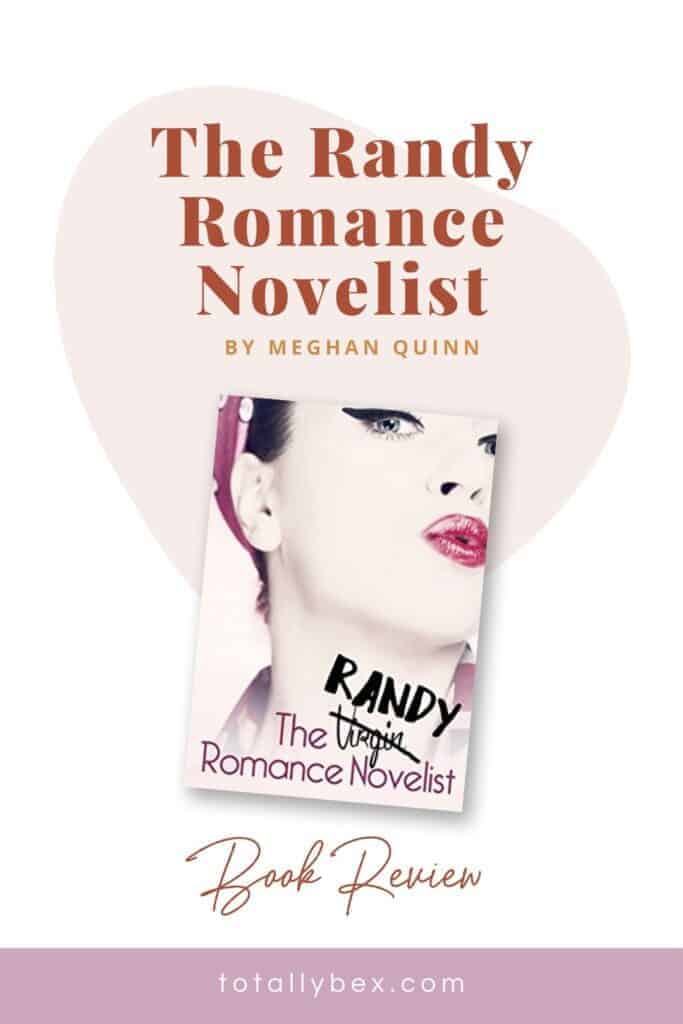 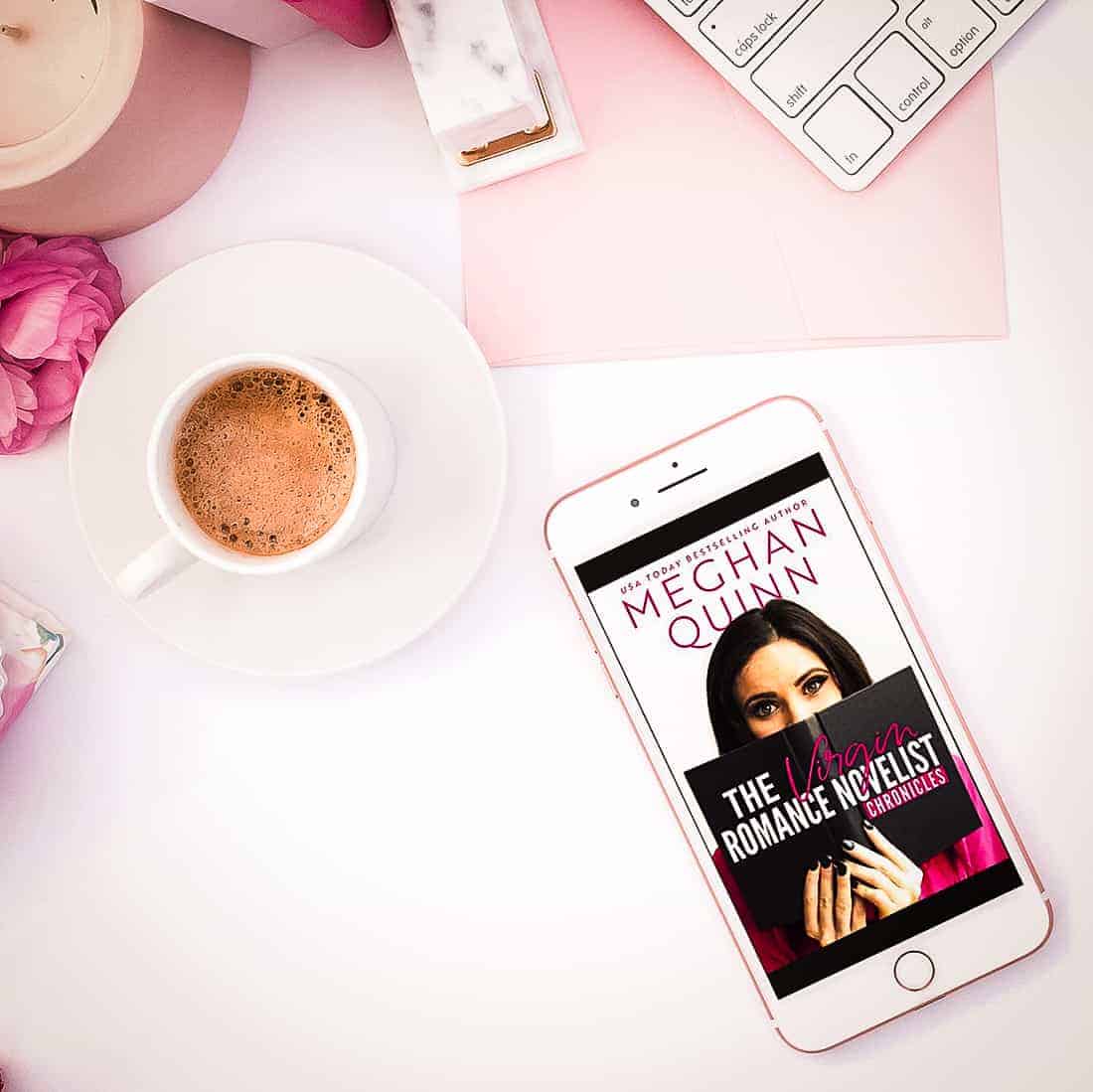 It finally happened, I lost my virginity. Cue applause and cheers.

For a while life was all rainbows and kittens prancing in a sky full of cotton candy clouds…that was until the demands of the real world set in.

My best friend is getting married and she asked me to be her maid of honor. She’s not worried about flowers, or the dress, or the food at the venue. No, she’s worried about the bachelorette party, what kind of penis crown she will wear, and the nipple size of the stripper who will be attending.

I’m in way over my head trying to balance life with a boyfriend, planning a penis party, and writing my romance novel. Something is bound to give.

This is my life after my happily ever after… 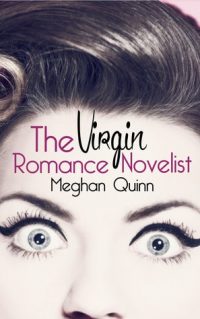 Thank you for the advanced copy of THE RANDY ROMANCE NOVELIST by Meghan Quinn.  All opinions are my own.

All of the characters are back for more hilarity, including best friend, Delaney, her boyfriend, Derk, the evil Sir Licks-a-lot, and the dreaded Marta.  Rosie and Henry are officially in a relationship, living together, and enjoying getting to know each other better (several times a day–wink, wink).

It makes me so happy to see that we get Henry’s perspective this time around since Randy is told in a dual point-of-view.  He is such an amazing boyfriend!  It’s plain to see that Rosie is it for him and he’s totally sweet and head-over-heels in love with her.  Rosie is still Rosie through and through.  She’s so adorably dorky and awkward and to me, just plain loveable.  I laughed out loud several times at Rosie’s expense.

The Randy Romance Novelist takes us into more serious territory with Rosie working on her first book while planning Delaney’s bachelorette party, Henry working toward a promotion, and some very poor communication between the two of them.  Their relationship is very realistic, and I enjoyed seeing them grow, albeit after some very bumpy lessons learned.

I’m very curious to see if there will be more Rosie and Henry in the future, but if not, I feel like Randy leaves us in a very good place with them.  They definitely have the storybook HEA Rosie has been dreaming of her entire life.  A very happy ending, indeed! 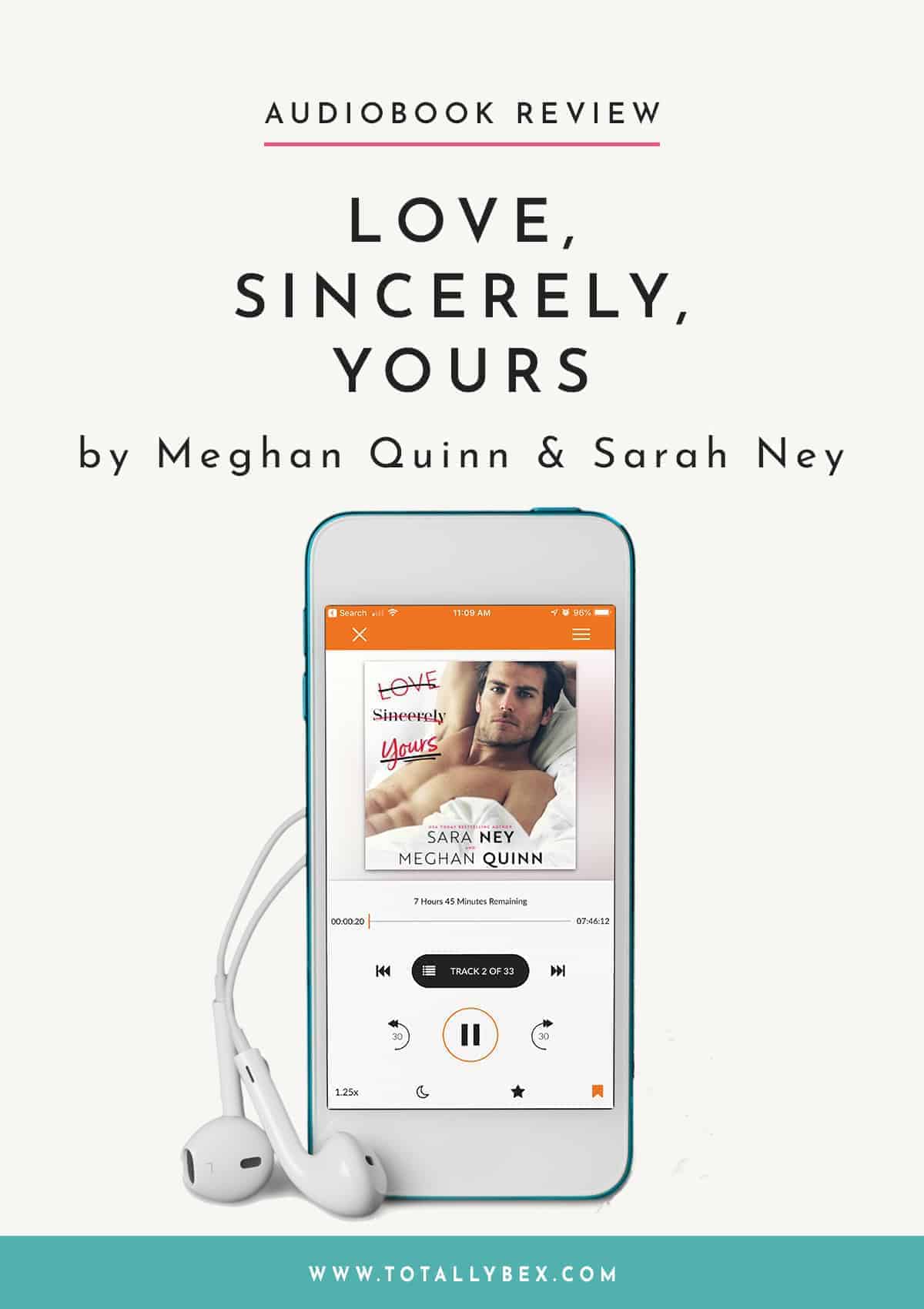 Love Sincerely Yours by Sara Ney and Meghan Quinn – A Witty Office Romance! 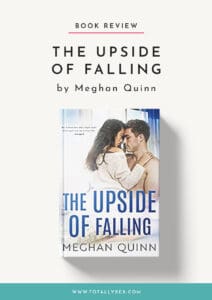 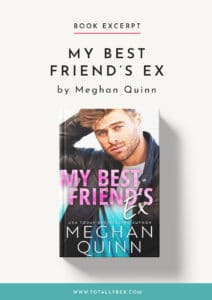 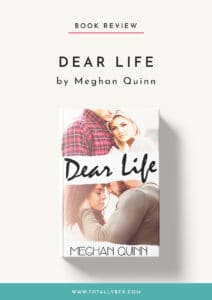 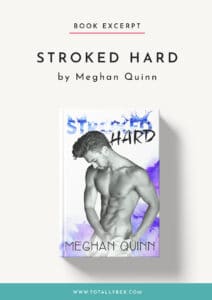 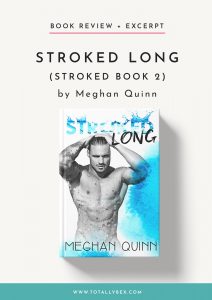 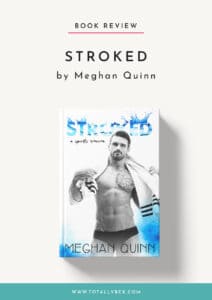 Stroked by Meghan Quinn – A Sweet and Spicy Start to the Series! 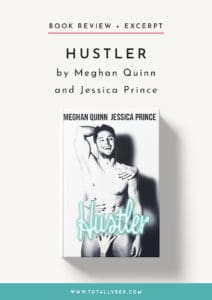