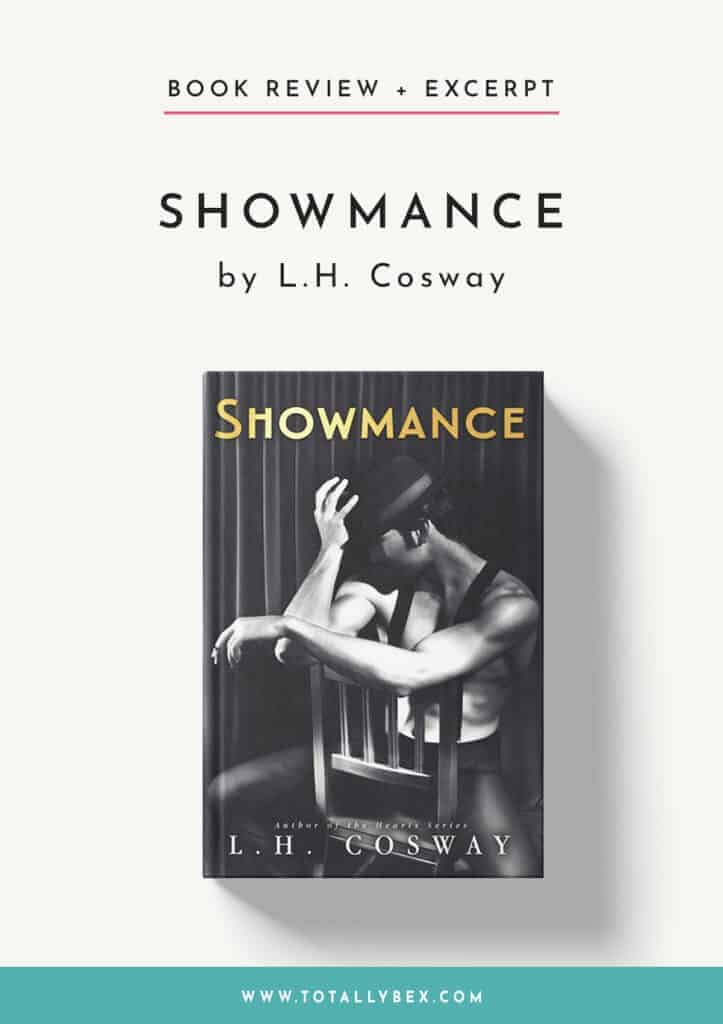 Thank you for the advanced copy of SHOWMANCE by LH Cosway. All opinions are my own. 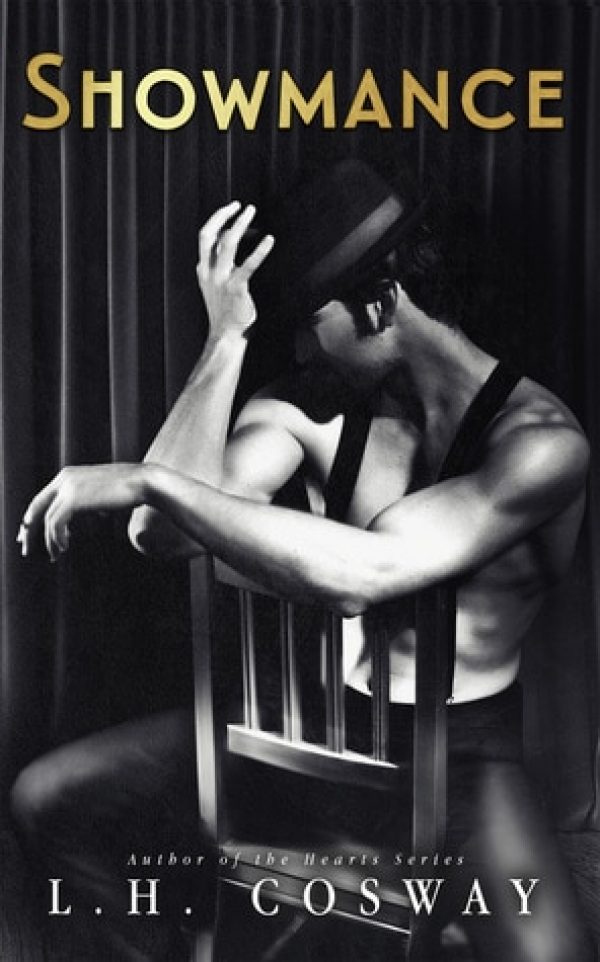 Damon Atwood was Hollywood’s golden boy. Having won an Oscar at the tender age of thirteen, he had the life many could only dream about. But his success came at a price, and after a short but fruitful film career, he chose to live a life of obscurity on a remote Scottish island. Almost a decade later he’s finally ready to make his return, starting with a lead role in a musical on London’s West End.

As a choreographer’s assistant, Rose Taylor has always faded into the background. She watches shows come to life from the side lines, but has never craved the attention of stardom. When rumours begin circulating of Damon’s involvement in her latest gig, she doesn’t predict how she will be thrust into the limelight, nor how the mysterious and strangely introverted man will need her to teach him how to be a star again.

Rose knows that show crushes don’t last. Actors fall for each other during the intensity of a production, often losing themselves in their roles. These kinds of affairs burn bright and then they fade. The question is, should Rose let herself shine with Damon, or guard her heart from being broken after the final curtain call?

LH Cosway is a truly gifted writer.  She creates realistic characters with real-life problems, but still allows readers to escape into an imaginary world.  Cosway also gets major bonus points for writing stories with damaged but redeemable heroes, spunky heroines, and fantastic secondary characters.  That’s exactly what you can expect in Showmance, and it is a truly lovely story to read.

What’s a girl to do when she meets the man of her dreams just days after she has sworn off dating actors? That’s the conundrum Rose finds herself in after she hears Damon Atwood sing for the first time.  Rose is an assistant choreographer for a London stage production of Moulin Rouge with a penchant for dating the wrong guys (i.e. actors).  After being dumped one too many times, Rose needs a break.

Damon Atwood is a Hollywood child actor turned stage star.  He may seem aloof, but really he’s just shy and withdrawn from social interaction.  He is immediately drawn to Rose, though he has learned the hard way that people will get close just to use him.  After years of closing himself off to others, Damon is finally ready to put himself out there again.

Showmance is definitely a slow-burning romance, but that allows for the connection to build between Damon and Rose.  There are so many speed bumps and hurdles for them to overcome–including meddlesome co-stars and misunderstandings.  I loved how swoony and protective Damon is of Rose, almost from their first meeting.  My heart was warmed by Rose and how empathetic and supportive of Damon she is.  There are so many sweet and tender moments between them.

If you are looking for a light-but-angsty slow-burn romance with a side of theatrics, Showmance is for you.  Plus, there’s a great cast of characters, especially Rose’s friend and roommate, Julian.  I’m definitely looking forward to his book, which is next in the series!

“Well now, who’s this?” Julian asked as he slid up off the couch, where he’d been lazily scrolling through his tablet.

I chanced a quick, reassuring peek at Damon before answering my friend. “This is Damon. He’s in the cast.”

Julian groaned as he approached, his chestnut hair sitting messily atop his head. “Oh please, Rose, not another actor.”

I glared at him, trying to channel as much ‘shut the hell up’ into my eyes as possible. My flatmate didn’t really have a censor. A moment of quiet ensued while Julian circled Damon, taking his measure. “You don’t look like an actor.”

The edges of Damon’s mouth twitched for the briefest second. “Thanks.”

“He’s got a sense of humour, too. He’ll go far,” Julian grinned in my direction then sauntered into the kitchen. “I’m starving. Are you cooking dinner?”

“Aren’t I always,” I sighed and then asked Damon if I could take his coat. He shrugged out of it, his eyes not leaving me all the while, and then I went to hang it on the rack by the door. On my return he bent to ask curiously, “Another actor?”

I took a moment to absorb the sensation of his breath hitting my skin. It was…not unpleasant. Julian, who I swear had the hearing of a bat, didn’t miss a beat as he let out an amused chuckle. “Rose has a weakness for those in your profession.”

Damon looked at me in question. I strode over to the breakfast bar, again glaring at my friend. “Yes, well, I’ve sworn off all thespians after the last disaster, so Damon here is safe.”

For someone who claimed not to be a big talker, he sure had a lot of questions.

“Ever heard of Blake Winters?” Julian chirped, plucking an apple from the fruit bowl and taking a big bite.

“Have you been living under a rock?”

“No, I’ve been living on an island,” said Damon.

Julian cocked his head to the side, as though trying to figure out if he was being sarcastic. “Well, he’s an actor, like you, and he sleeps around. Rose had the great misfortune to have her head turned by the young Mr Winters. He seduced her and then left her in the lurch, the swine,” Julian pouted his lips, effecting a disapproving expression.

“Sounds like an arse,” Damon put in and both Julian and I began laughing.

I grinned as I thought, yeah, me too, and found myself suddenly blushing.