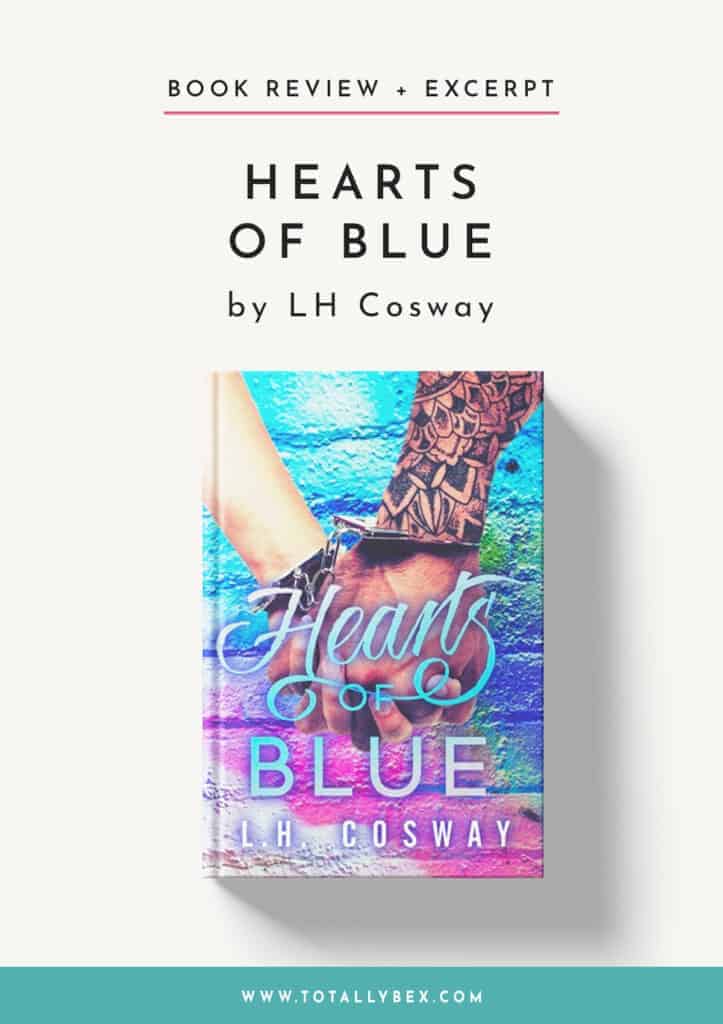 Thank you for the advanced copy of HEARTS OF BLUE by LH Cosway. All opinions are my own. 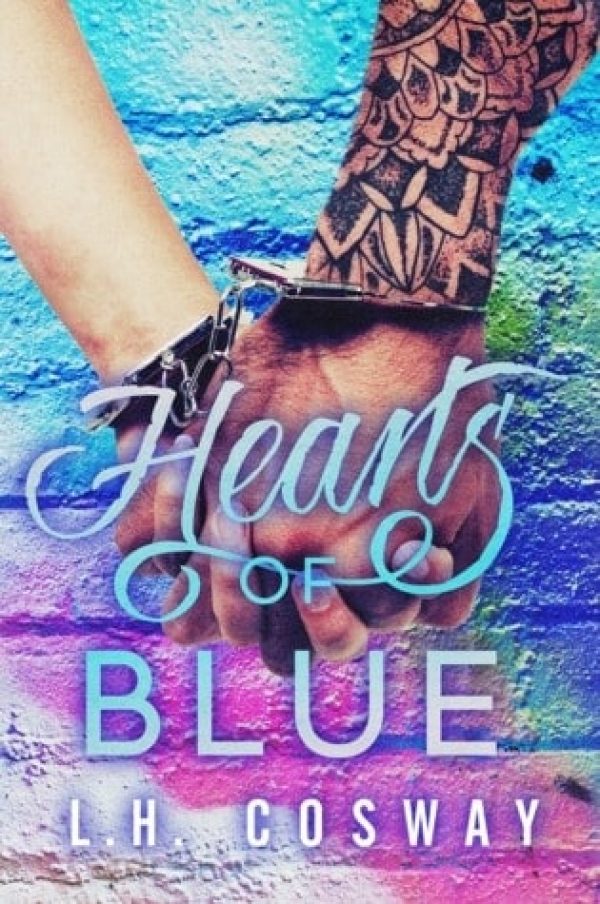 She upholds the law. He breaks it.

Two blue hearts, both alike in bravery
In not-so-fair London, where we lay our scene
From gun crime to petty theft
Where family is blood and survival makes hands unclean
In this place, we find two hearts who should be foes
And yet, amidst the turmoil their love still grows
Misadventure abounds and the divide will bring them strife
But with luck, death doesn’t always mean an end to life.

Can a cop fall in love with a thief and not lose everything she has ever wanted her entire life? That is the question at the heart of Hearts of Blue.

When we first met Lee Cross in King of Hearts, I thought he was just a young punk with a smart mouth. Boy, was I wrong. Lee is charming and tenacious, but really, he is the heart of the Cross family. He’s their protector, their provider, and their father figure.  He’s made some tough choices in life, but he really had no other option.

Lee and Karla are star-crossed lovers in a story as old as Romeo and Juliet. Karla is a constable (police officer), while Lee appears to be nothing more than a criminal. There is a slow burn to their relationship, with Karla fighting it every step of the way. I loved watching Lee break down her barriers and change her perceptions along the way.

While Karla and Lee may seem to be polar opposites, the more time they spend together, the more they realize just how similar they truly are. They each put enormous responsibility on themselves to care for those around them, making sacrifices at the expense of their own happiness.

Karla and Lee also live by codes—hers in black and white, while his tend to be in more of a gray area.  I loved the tension between Lee and Karla and her job, seeing the lines blur with Karla losing some of her rigidity in upholding the law.

While I enjoyed Hearts of Blue, I felt it was missing the spark of the previous books in the series. However, I truly love LH Cosway’s storytelling and her writing is spectacular. I will definitely be reading the next book in the series!

Lee didn’t answer, and instead he took a step forward, forcing me to back up if I didn’t want us to collide. The problem with this meant my back hit the wall a moment later.

“You’re so pretty, Snap,” he said, voice low, as he dropped his face to my hair and breathed in.

I wasn’t wearing a hat, and my hair was tied up in a bun. My entire body trembled when he wrapped his arms around my waist, inhaled deeply and pulled me into a hug. This was a distraction, I knew it, and yet, I let him distract me. I wanted to be distracted, and I was just glad that the blinds in his office had been pulled.

Standing in his embrace for at least a minute with silence all around us, I was unable to move. I liked having Lee close, loved the feel of him and how he could make feel so…surrounded. Despite all the warning signs, my attraction to him only grew stronger. There was just something about him that called to me.

His mouth moved against my hair. “What is it, Karla?”

“Why are you hugging me?”

“You looked like you needed to be held.” His response was low, and the affectionate undertone had me swallowing deeply. At long last I summoned the willpower to break the hug. His arms fell away from me easily, my stomach churning with confusion. What the hell was I doing?

I stared at the floor when I spoke. “I have to go.”

Heading for the door, I paused when he said gently, “Hey, I needed it, too.”