Thank you for the advanced copy of RIVETED by Jay Crownover. All opinions are my own. 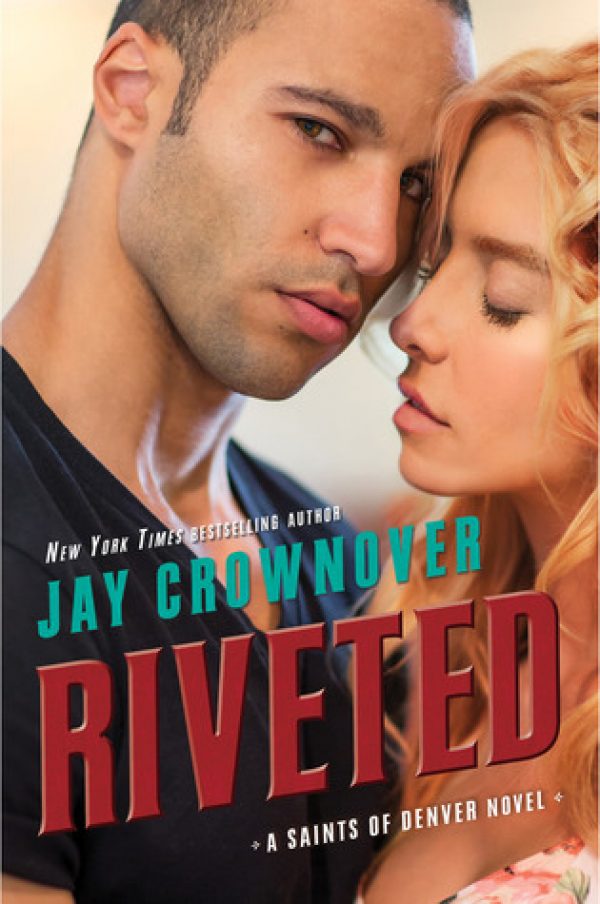 Hudson Wheeler is a nice guy. Everyone knows it, including his fiancée who left him with a canceled wedding and a baby on the way. He’s tired of finishing last and is ready to start living in the moment with nights soaked in whiskey, fast cars, and even faster girls. He’s set to start living on the edge, but when he meets Poppy Cruz, her sad eyes in the most gorgeous face he’s ever seen hook him in right away. Wheeler can see Poppy’s pain and all he wants to do is take care of her and make her smile, whatever it takes.

Poppy can’t remember a time when she didn’t see strangers as the enemy. After a lifetime of being hurt from the men who swore to protect her, Poppy’s determined to keep herself safe by keeping everyone else at arm’s length. Wheeler’s sexy grin and rough hands from hours restoring classic cars shouldn’t captivate her, but every time she’s with him, she can’t help being pulled closer to him. Though she’s terrified to trust again, Poppy soon realizes it might hurt even more to shut Wheeler out—and the intense feelings pulsing through her are making it near impossible to resist him.

The only thing Poppy is sure of is that her heart is in need of some serious repair, and the more time she spends with Wheeler, the more she’s convinced he’s the only man with the tools to fix it.

I’m such a fan of Jay Crownover and her easy style of storytelling.  I love her lovable yet broken men and her strong, redeeming heroines.

I also like The Saints of Denver series because of it’s strong overarching theme of family bonds. Riveted is no different, and like Charged, it’s an ‘opposites attract’ love story (who aren’t as opposite as they first think).

Dixie and Church work together at Rome and Asa’s bar.  He’s the strong silent type and she’s is an open book who wears her heart on her sleeve.

They’ve been eyeing each other from afar for months and when Church needs a favor, Dixie is the first person he thinks of.  They embark on a road trip to Church’s hometown in Mississippi, which he hasn’t returned to since his enlistment.  Throw in some bad guys and you have the makings of a spectacular welcome home party.

I really enjoyed getting to know more about Church and Dixie.  Church may be quiet, but he’s deep and has suffered several losses in his life.  He feels like he doesn’t deserve love because everyone he gets close to dies.  His time in the military helped him to become even quieter and more solitary.

Dixie is a so giving, sweet, and selfless.  She’ll do anything for anyone, especially Church.  Her love sneaks up on him, even though he’s reluctant to let her in, and there is so much sweetness there that I wasn’t expecting.  I think that’s the aspect I enjoyed most about Riveted.

I have loved each of the books in this series; seeing the characters grow and find their own happy endings has been fantastic.

I think fans of Jay Crownover and this series will enjoy a departure from the Denver scene with these two–I know I did.  Now, I just need to have Poppy’s HEA and I will be a happy camper.