Thank you to Penny Reid for the advanced copy of BEARD SCIENCE.  All opinions are my own. 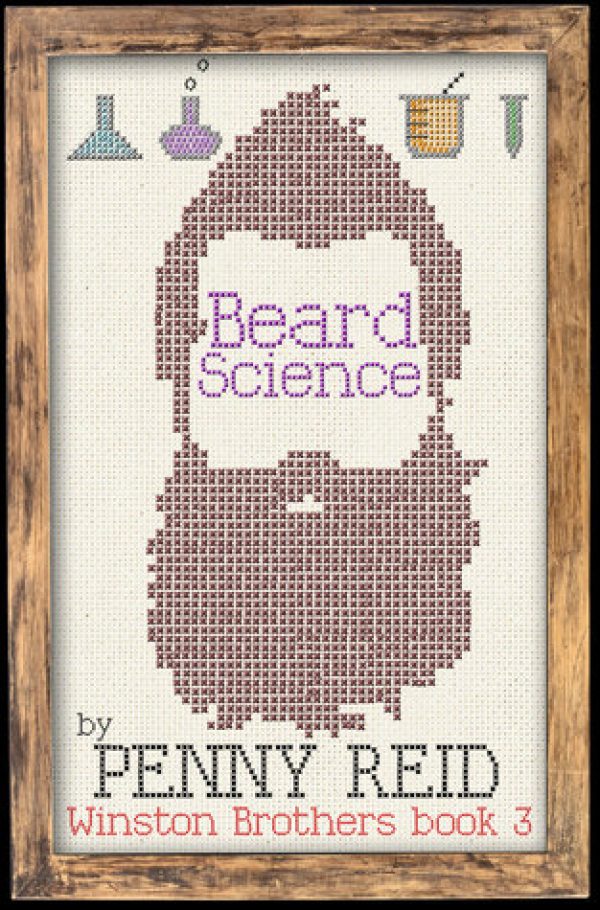 Make a deal with the devil and you might get what you want, but will it be what you need?

Jennifer Sylvester wants one thing, and that one thing is NOT to be Tennessee’s reigning Banana Cake Queen. Ever the perpetual good girl and obedient daughter, Jennifer is buckling under the weight of her social media celebrity, her mother’s ambitions, and her father’s puritanical mandates. Jennifer is officially desperate.

Cletus Winston is a puzzle wrapped in a mystery covered in conundrum sauce, and now he’s in a pickle. Despite being convinced of his own omniscience, extortion by the exalted Banana Cake Queen of Green Valley has taken him completely by surprise. So… what’s a maniacal mastermind to do?

Likely, the last thing you expect.

I’ve read some pretty amazing 5-star books before, but then along comes Beard Science with a story that is so outstanding, it’s totally on another level—a ridiculously crazy-good level.

Penny Reid has given us a brilliantly written, intricately layered, and surprisingly emotional story featuring a phenomenal cast of characters. Hijinks, shenanigans, and epic displays of craftiness abound and I was ridiculously overjoyed to read every single word.

I hate to admit this, but I was almost scared to read this book. Not because I thought it was going to be horrible (never!), but maybe I had set my expectations too high and Cletus wouldn’t be able to live up to the man I had pictured him to be in my mind.

From the very first page, though, I knew that my fears were irrational and anything I had previously imagined was blown to smithereens. All of that to say, I FREAKING LOVED THIS BOOK!

Cletus Winston, the most beloved of the Winston brothers and international man of mystery, finally comes face-to-face with a formidable foe and I couldn’t be happier about it. His adversary may be pint-sized with big hair and fuzzy eyelashes, but she has sheer determination on her side.

Jennifer Sylvester is known to everyone in town and to her million+ online followers as the “Banana Cake Queen”.  She’s famous for her baking skills, but no one knows the real Jennifer or loves her just for who she is.

She decides that the time has come to change all that and she enlists Cletus for the job—well, more like blackmails him, but that’s neither here nor there.

Cletus is one of the most surprising and multifaceted heroes I have seen in a very long time. He’s deceptively intelligent, eerily methodical, holds an infinite grudge, and plays the long-game with his revenge.

Delving into the mind of a man who is as crafty and wily as Cletus could potentially be disconcerting, but that’s positively not the case. Honestly, I just wanted to stay in that man’s brain forever and enjoy the show with an unlimited supply of popcorn.

Similarly, Jennifer is a stunningly remarkable heroine. Her entire life is being run by her parents and for profit’s sake, but she doesn’t let that be the end of her story.

She genuinely astonished me with the depth of her strength and courage. Jennifer may help Cletus grow and change his perspective, but he empowers her to change her entire existence.

“You saw what I did.” He repeated flatly, apparently bored with me and the conversation. His eyes were on the rear-view mirror.

But I would not be ignored. Not this time.

Gathering every ounce of courage within me, I blurted, “I saw what you did, last week, with the Iron Wraiths evidence. You took it. And now they can’t find it, and now they’re dropping the case against Razor.”

Finally, Cletus looked at me. To my astonishment, his typically green eyes had become a fiery blue and he snapped, “You saw no such thing.”

He blinked. His expression and his voice, usually so controlled, both cracked with surprise. “You did what?”

“I recorded it, on my phone.” I swallowed three times for no reason.

His gaze sharpened in such a way that startled me, as though clouds or an illusionary mist parted and revealed a slight glimpse of the real Cletus Winston beneath. These new eyes flickered over my person.

“Prove it.” His demand was sharp and quick, like a whip, and made my heart jump to my throat.

I pulled my phone from my purse with trembling fingers. I knew why I was shaking. I wasn’t used to confrontation. I was a natural pacifist, preferring peace to sass. But desperate times called for desperate measures.

He snatched my cell once I’d unlocked it and tapped through the series of screens until he reached my videos. He found the one dated last week, the one I’d taken of Sheriff James talking about my banana cake and hit play. As Cletus watched, a touch of color drained from his cheeks. He was seeing what I’d spotted last week when I reviewed the recording. One half of the screen was the sheriff. The other half of the screen was Cletus in the background, pocketing the evidence, looking around, then walking away.

Cletus made a strangled noise that sounded both frustrated and enraged. I eyed the door next to me, considering and immediately dismissing an escape. Meanwhile, he watched the recording again. When it ended for a second time, silence took its place, hard and heavy between us. I examined his profile, endeavoring to parse his thoughts.

Cletus’ expression was blank, which—I abruptly realized—was highly unusual. He always wore an expression. Thoughtful, concerned, patient, bored, interested, somber, perturbed. How odd, for a person to always have an expression . . . unless that person wore emotions like a mask, meant to misdirect the true nature of his thoughts.

“You made a copy?” His tone, laden with ice and granite, made me shiver.

He didn’t sound at all like the bumbling but affable Cletus Winston I’d known since forever. He sounded . . . dangerous.

I needed to clear my throat before I could speak. “I did. I made a few. Saved in a few places.”

The side of his mouth ticked up, but his eyes lacked humor as he turned them back to me. “That was smart. Otherwise I would have smashed your phone into a quantity of tiny pieces. Then it would have been your word against mine.”

“That’s right,” I said the words on a breath, the good sense of fear wrestling with determination.

But, damn it, I need his help! And it had to be him. It just had to. He could make anything happen. Everyone in town and the surrounding areas owed him a favor. I’d heard the rumors. I’d paid attention. I’d put the puzzle pieces together.

And now I had the most powerful man in east Tennessee right where I needed him.