I purchased a copy of NOCTE by Courtney Cole to read and review.  All opinions are my own. 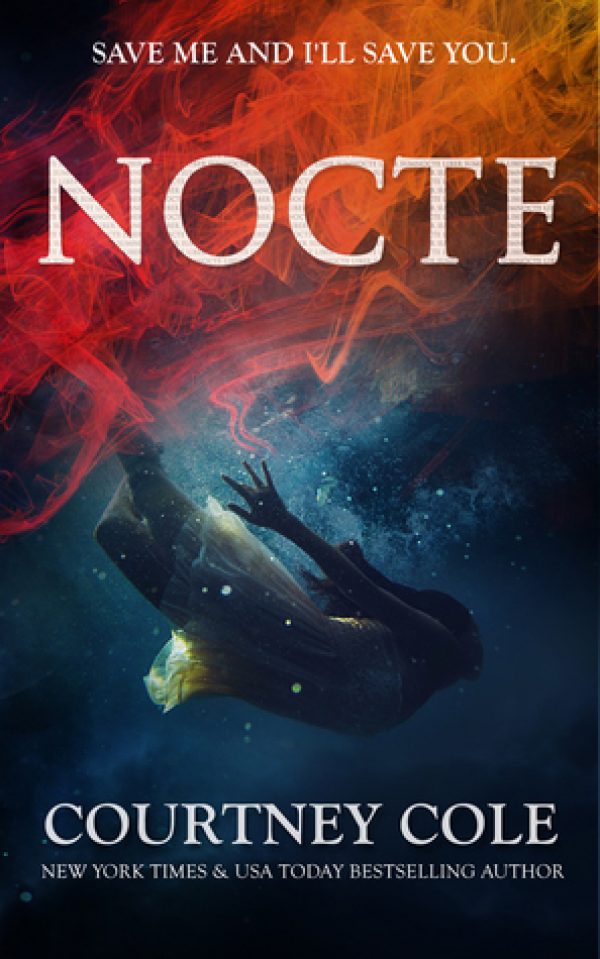 My name is Calla Price. I’m eighteen years old, and I’m one half of a whole. My other half—my twin brother, my Finn—is crazy. I love him. More than life, more than anything. And even though I’m terrified he’ll suck me down with him, no one can save him but me. I’m doing all I can to stay afloat in a sea of insanity, but I’m drowning more and more each day. So I reach out for a lifeline. Dare DuBray. He’s my savior and my anti-Christ. His arms are where I feel safe, where I’m afraid, where I belong, where I’m lost. He will heal me, break me, love me and hate me. He has the power to destroy me. Maybe that’s ok. Because I can’t seem to save Finn and love Dare without everyone getting hurt. Why? Because of a secret. A secret I’m so busy trying to figure out, that I never see it coming. You won’t either.

Nocte by Courtney Cole is a dark and moody romance/psychological suspense that is chock-full of mystery.

The story is genius, the writing is brilliant, and the characters are haunting.

All I can say is, prepare to have your mind blown!  Even if you have read Courtney Cole books previously, Nocte is a total game-changer.

Calla and Finn Price are twins. They are two halves of a whole, providing each other comfort, companionship, and protection.

Finn suffers from schizoaffective disorder, so Calla is always worried for him and watching out for his well-being. They are preparing to attend college when another life-changing event occurs.

In the wake of the accident, Calla is drowning in the guilt and the grief. She is trying to remain strong for Finn, but her heartache is overwhelming.

Calla is floating, feeling disconnected and disoriented in her grief, until she meets Adair DuBray. He is mysterious, yet strangely familiar.

Dair has secrets that weigh heavily on his relationship with Calla. His past is a taboo topic, but he becomes an integral part of Calla’s recovery and helps to guide her through her darkness.

In the meantime, Calla’s relationship begins to crumble with Finn, who retreats further into his mind and illness.

Honestly, I never expected such an intricate and complex mystery to unravel as I turned the pages. Each detail and revelation changes the direction of the story until you don’t know which way is up.

I thought about all of the angles and aspects of the story until my brain hurt. By the end, my heart was racing and my mouth was literally hanging open. The finale was unexpected and thrilling.

Nocte will keep you riveted throughout the story and then blow you away at the end. I can’t recommend it highly enough.

NOTE: This book ends huge cliff-hanger, so be prepared to launch directly into Verum, the second book of the trilogy!

Courtney Cole is a New York Times and USA Today bestselling novelist who would eat mythology for breakfast if she could.

Courtney was born and raised in rural Kansas but has since migrated south. She now lives in Florida and writes beneath palm trees.